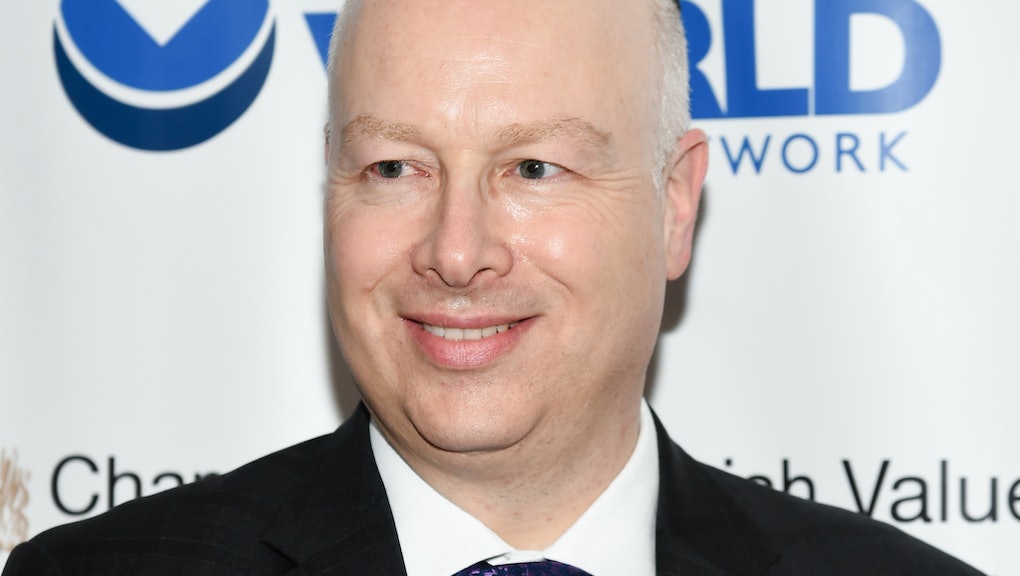 Greenblatt will advise Trump on a number of international deals, including Israeli-Palestinian peace negotiations, CNN reported. It has been widely reported that he performed armed guard duties in an Israeli settlement in the West Bank, which the Palestinians view as encroaching on the future state they hope to gain in talks.

"Jason is one of my closest and most trusted advisors," Trump said in a news release. "He has a history of negotiating substantial, complex transactions on my behalf, as well as the expertise to bring parties together and build consensus on difficult and sensitive topics. His talents lend themselves perfectly to the role I have asked him to play, assisting on international negotiations of all types, and trade deals around the world."

Greenblatt praised Trump in a release announcing his appointment calling the president-elect, "a leader with tremendous vision, skill and talent."

He also painted a picture of his worldview on negotiating, saying he believes in "bringing people together and working to unite, rather than to divide."

"I truly believe that this approach is one that can yield results for the United States in matters all over the world," Greenblatt said. "I look forward to serving on President-elect Trump's team, and helping to achieve great outcomes for our country."

Greenblatt, an Orthodox Jew, was an adviser to Trump on Israel throughout the 2016 campaign.

During the campaign, the Forward — a publication geared toward American Jews — said Greenblatt had no actual experience with American-Israeli relations. He merely read briefing materials released broadly by groups such as the American Israel Public Affairs Committee — a pro-Israel lobbying group.