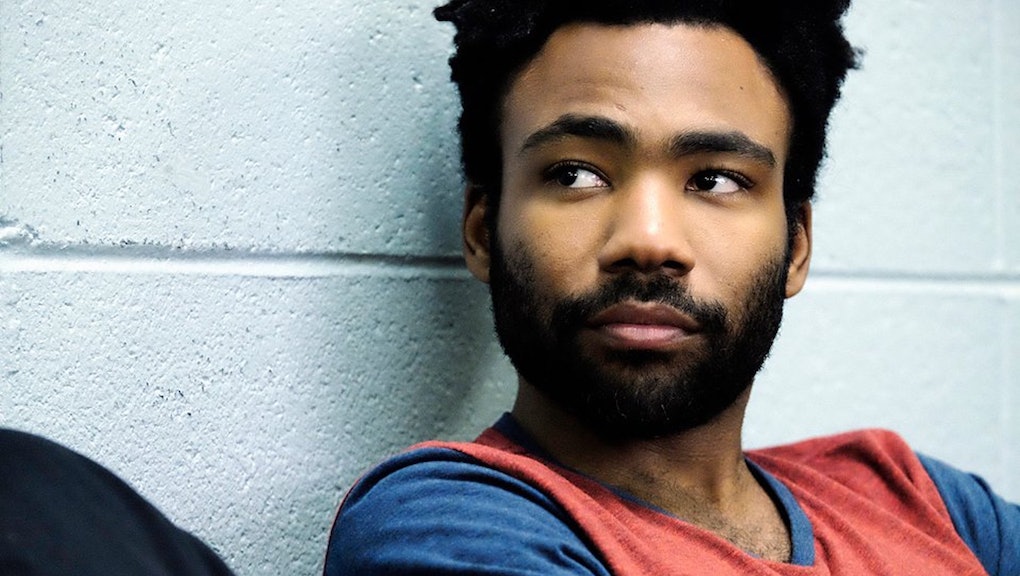 Even amongst great TV shows, there are always standout episodes, and even more specifically, standout scenes. Of this year's television offerings — from newbies like Atlanta and Westworld to seasoned shows like Game of Thrones and Transparent — there were many exceptional scenes that have left lasting impressions. Check out our favorites from 2016.

Editor's note: Spoilers for The Americans, The People v. O.J. Simpson, Atlanta, Game of Thrones, This Is Us, Transparent and Westworld below.

After O.J. Simpson learns that he's the prime suspect for his wife's murder, he does the opposite of what an innocent man should do: He runs. The scene, however, is more sympathetic, and Cuba Gooding Jr. plays Simpson as a desperate man who feels trapped. Innocent or guilty, he feels like he can't breathe and needs to escape. It's a tragic scene, watching him drive away in a car, promising he has nothing to live for. The cops are after him, the media is following him, and The People v. O.J. excels in creating a palpable sense of anxiety as we see Simpson speeding down the interstate, in need of relief.

When it comes to killing off its main characters, The Americans writers are careful. Still, they knew that Nina Sergeevna Krilova's time on the show was up. The young woman, who was initially blackmailed by Stan Beeman in season one to become a double agent, ended up becoming a triple agent — she essentially deceived everyone around her. Eventually her actions caught up to her and she was sent back to Russia, to prison. While The Americans played with her fate some time, showing us her buying time and ratting out other prisoners in return for lenience, nothing truly could have helped. She committed treason and in a swift, not-by-any-means-gratuitous scene, we hear Nina learn that she has been sentenced to death. She is quickly shot in the head. There's no prolonged torture or waiting. One of the best characters on The Americans died in season four, and while we're going to miss Nina, the scene was flawlessly rendered.

One of Atlanta's final and finest episodes is "Juneteenth", which sees Earn and Van attend the celebration at the home of a wealthy black woman that Van is sucking up. Her white husband who proves to be too interested in black culture. Earn and Van put on a show for the guests, pretending to be a married, high-powered couple. They meet Craig, and that's where one of the best exchanges from the season occurs. Earn and Craig are chatting when Craig attempts to berate Earn for not having been to Africa before. "You gotta go! Man, it's your motherland. What are you thinking?" When prodded further to tell Craig what country his family came from, Earn's reply is hilarious and incredibly poignant. "I don't know. This spooky thing called slavery happened and my entire ethnic identity was erased." Boom.

The whole penultimate episode of season six of Game of Thrones deserves to be on this list. As its title blatantly suggests, "Battle of the Bastards" sees Jon Snow — Ned Stark's bastard son — and Ramsay Bolton of House Bolton fight for Winterfell. It's a stunner of an episode, with a gorgeous battle scene that rivals the grandness of Lord of the Rings. Still, of the entire episode, the most satisfying moment has little to do with all the men killed by Jon Snow, but the final moments, where we see Sansa get revenge on Ramsay. After being raped and tortured by the sadistic Ramsay, Sansa has him eaten by his own starving dogs. It's a brutal death, arguably a deserved one, and the eldest Stark daughter looks on with something close to glee. In fact, she smiles as the episode ends, which signifies not only her relief at the death of Ramsay, but the death of here innocence too.

This Is Us season one, episode one — Pilot reveal

The This Is Us pilot introduced viewers to several seemingly unrelated characters who appear to have little in common. All we know is that several of them have the same birthday. But at the end of the episode we learn the truth: that there are two different timelines at work. We learn that Jack and Rebecca Pearson, who are about to give birth to triplets are actually in the '70s, and the other three characters we meet — Kate, Randall and Kevin — are their kids living in the present day. It's here where This Is Us becomes a drama about legacy and childrearing. A glimpse into the past shows why Kate, Randall and Kevin are who they are.

Transparent season three, episode six — Shea tells it like it is

Josh and Shea head on a road trip to deliver Rita's ashes to Colton. It's pure escapism on Josh's part. He had asked Rabbi Raquel to accompany him and when she refuses, he invites Shea, Maura's friend. The two end up in an abandoned water park and it's there that Shea gives Josh a lesson he needs to hear. After telling her in a joking manner that there's less to worry about having sex with her because she's a trans woman and won't get pregnant, Shea lashes out at him. After she lets him know she's HIV-positive and he responds by backing away, she rips into him, telling him that he hasn't treated her like a human. She's not an adventure, she tells him. It's one of the more Earth-shattering moments in a series full of them.

During its first few episodes, Westworld didn't throw us too many surprises. But in episode seven, creators Jonathan Nolan and Lisa Joy hit us with a major curveball. After Theresa gets too close to finding out about Ford's intentions, Ford appears and reveals that sweet Bernard — played by Jeffrey Wright — is actually a host who only he can control. Like us, Bernard is initially in shock upon learning that he has no agency whatsoever. It gets worse though when Ford makes him kill Theresa, which marks the first major onscreen death we see on the HBO show. It also brings everyone into question, and the distinctions between human and host begin to blur.