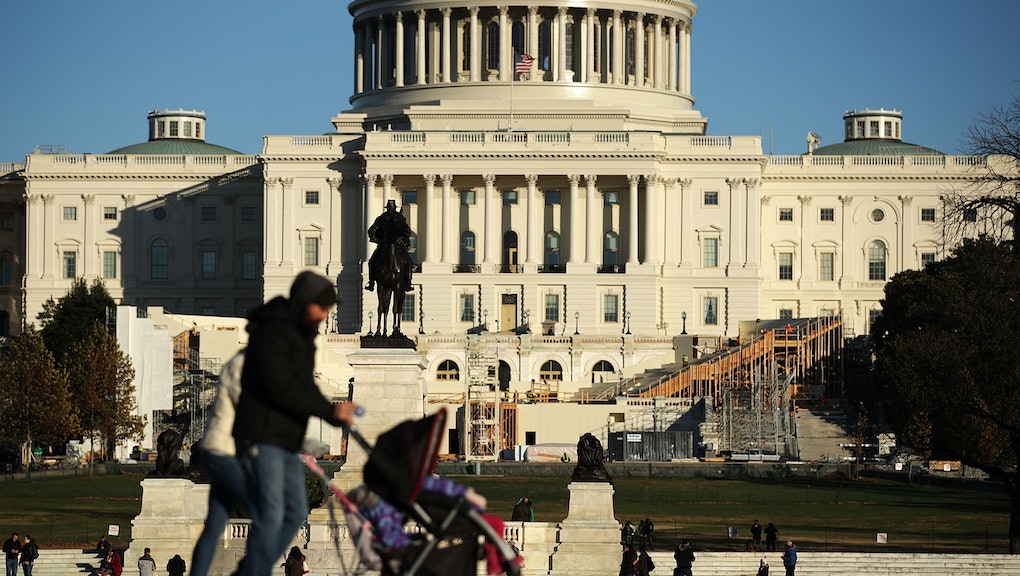 Inauguration Day 2017: Protest, latest updates and everything else you need to know

The 58th Inauguration Day will take place Jan. 20, when President Barack Obama hands over power to President-elect Donald Trump. While it has always been regarded as a celebration of democracy amid a peaceful transition, Trump's swearing-in is already awash with controversy and seemingly suffering from an overall lack of enthusiasm.

Here are some updates to keep in mind as the day grows closer:

According to the Washington Post, the Washington D.C. Metro system has released 2017's Inauguration Day SmarTrip. Traditionally, the commemorative SmarTrip card includes an image of the incoming president, but this year, there is no mention of Trump or his picture. Though Metro asked the Trump campaign for permission to use a photo, it did not receive a response. Instead, Metro will use a billowing flag and a picture of the White House as the SmarTrip's cover.

A day of protests

According to local radio news station WTOP, military strategists are already preparing for possible protests, which some fear could provide the biggest fireworks come Jan. 20.

"At this point, the biggest concern is the number of potential protesters and how that impacts the inauguration, especially the parade itself," Maj. Gen. Bradley Becker, commander of the joint task force providing military support for inaugural events, told the station.

The Women's March on Washington is expected to be one of the largest rallies. More than 200,000 people are likely to participate in the Jan. 21 event. As Mic reported Dec. 14, organizers were unable to obtain a permit for the march's original starting point at the Lincoln Memorial, but have since announced they have permits to begin the march in the area near the U.S. Capitol Building at Independence Avenue and Third Street SW.

Answer Coalition is planning another protest, scheduled for 7 a.m. Jan 20 at Freedom Plaza. The organization says it expects thousands of people to join against a "political system that delivered the least favorable and trusted candidates in U.S. history." Additionally, #NotMyPresident has invited Facebook users to join a silent protest at the U.S. Capitol Building on Inauguration Day.

Despite reports of Trump's team being unable to secure top-notch performers to perform Jan. 20, the president-elect wrote on Twitter that he's still getting requests from celebrities for event tickets: "The so-called 'A' list celebrities are all wanting tixs [sic] to the inauguration, but look what they did for Hillary, NOTHING. I want the PEOPLE!"

However, not only is Trump having trouble attracting big names to play at his swearing-in gala, performers who have committed to play are receiving backlash from fans and Trump-haters. Furthermore, the Hill reported that no marching bands from Washington D.C. high schools have applied to participate in Inauguration Day. Marching bands from local colleges and universities such as Howard University, Bowie State University and the University of Maryland in College Park will also be absent from the parade.

Nevertheless, if you're still interested in attending Trump's inauguration, you can request a free ticket from your congressional representative or senator.