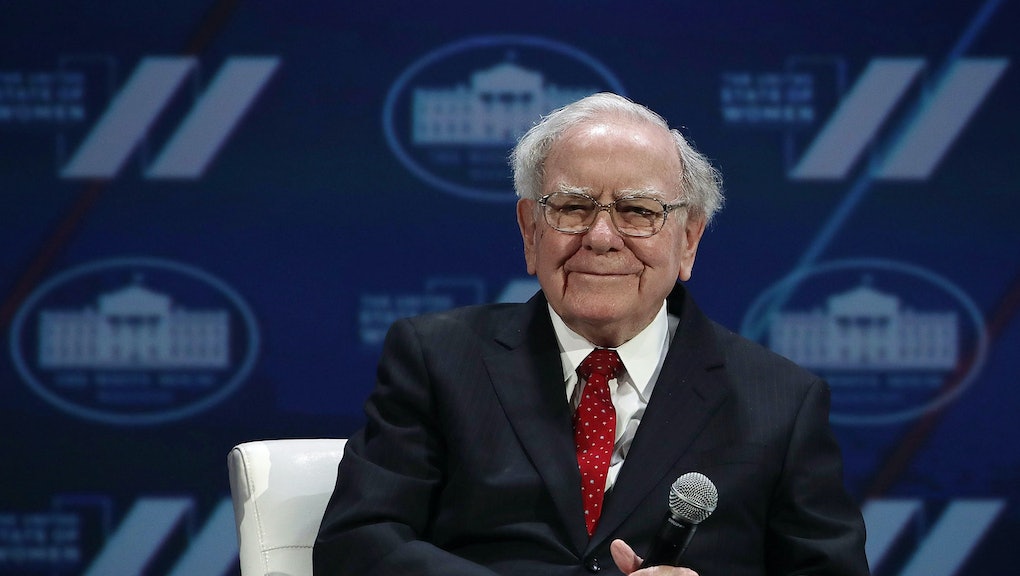 3 secrets of self-made millionaires: How to be the next Warren Buffett

Contrary to what you might hope, get-rich-quick schemes often end people up in prison. That's why you should always raise your eyebrows at anyone who claims that they've got an investment that sounds too good to be true.

You should also be wary about forking over money for the "secrets of getting rich" proffered by motivational speakers. In many cases, you'll quickly discover that many of these tips — for instance, "be in a hurry" — are self-evident bromides.

In fact, you probably already know most of the secrets to getting rich, even if it's easy for them to get drowned out amid all of the other noise and bad advice.

Here's how it works.

Make minimal use of debt.

It seems intuitive, but a major thing standing in the way of building a nice nest egg is the fact that a lot of people spend more than they earn.

"Not using debt as much as possible is another thing my most successful clients do," said Katharine Perry, an associate financial consultant at Fort Pitt Capital Group. "If you don't have the money to pay for that Louis Vuitton purse, don't put it on your credit card."

As obvious as that sounds, a lot of people don't really do it, especially around the holidays. The key is distinguishing between a smart use of debt (like getting an education, which usually pays off) and a more reckless one (like the aforementioned Louis Vuitton purse).

If spending is a problem for you, then the frustrating but simple solution to start making a budget. Whether you use an app that automatically monitors your spending like Digit, a simple excel sheet tracking income and expenses, or even a little bit of back-of-envelope math with your bank-statement at the end of the month, you need make sure you're bringing in more money than you're taking in.

One of the most oft-repeated pieces of financial advice is a gem from Warren Buffett's famous shareholder letters back in 1988: "Our favorite holding period is forever."

Buffet was offering a corrective to an old adage about investing: Buy low, sell high. People generally buy when an investment has been hyped, then sell in a panic once the stock's value starts to fall. When Buffett says his favorite holding period is forever, he means that the ideal strategy is to ignore day-to-day market swings and hold stocks in good companies for the long term.

If you're holding a stock for decades, "drops in the market and your portfolio should be a non-issue since you don't need the money yet," said Jeff Rose, a certified financial planner at Alliance Wealth Management. This doesn't just apply to retirement investments, Perry says, but also to five-year and 10-year goals like buying a house. "The most successful clients look down the road 20, 30, 40 years," Perry said. "And then they say what do we need to do now."

While it is generally understood that the market is efficient, in the short-term this isn't always the case: People often think bad news is worse than it really is, and good news is better than it really is. This leads to our last bit of financial advice: "Don't follow the herd," said certified financial planner Michael Kay. "Have the courage to not follow the buzz."

That's easier said than done, of course. Imagine that your friend who works in stocks calls with a tip. You just paid rent, or paid off a loan, so you don't have a ton of cash on you, but if you sell a few shares of your boring old stocks you could come up with it. The temptation is really hard to resist, but remember that most "tips" are BS; building real wealth always takes time.

Avoid following succumbing to hype and play the long-game. These rules aren't magic, but sometimes you gotta just sit back and trust your investments.