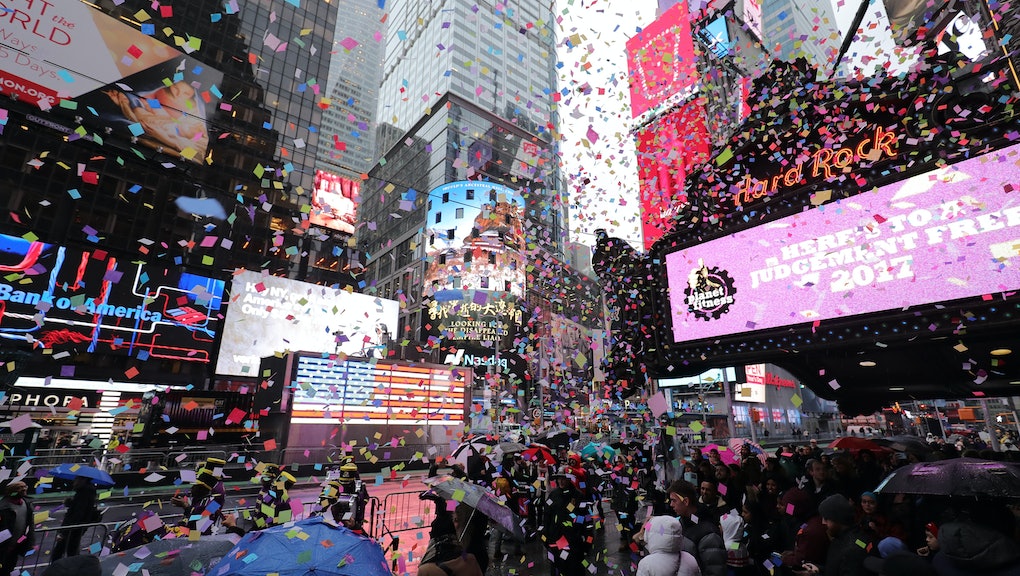 When and where to watch the ball drop on TV

While anyone can attend the free New Year's Eve event in Times Square, an up-close and personal view of the 11,875-pound ball isn't always feasible.

For those who can't make it or would rather avoid the crowds of an estimated 1 million people, TV networks like ABC, CNN, NBC and FOX will be hosting New Year's Eve specials to enjoy from the comfort of your home.

Where to watch the ball drop on TV

ABC's Dick Clark's New Year's Rockin' Eve will be hosted for the 11th year by Ryan Seacrest. The celebration will feature over five hours of performances from New York, New Orleans, Las Vegas and Los Angeles. New York headliner Mariah Carey will be joined in Times Square by Thomas Rhett, DNCE, Gloria Estefan and the cast of her Broadway musical On Your Feet!

Lucy Hale will be hosting the first ever live Central Time Zone countdown from New Orleans, with performances by Jason Derulo and Panic! at the Disco. The evening's west coast telecast from the Billboard Hollywood Party will be hosted by Grammy winner Fergie and feature performances from Shawn Mendes, Emeli Sande, Lukas Graham and Fifth Harmony.

When the ball drops at midnight, Lionel Richie will kick off the first moments of 2017 with a performance in Las Vegas. ABC's countdown begins on Saturday at 8 p.m. Eastern.

Carson Daly and co-host Melanie Brown will be fairing the cold in Times Square as your hosts for NBC's New Year's Eve with Carson Daly. Daly and Brown will celebrate the last night of 2016 with performances from Jennifer Lopez, Pentatonix, Blake Shelton and Alicia Keys. NBC's countdown kicks off on Saturday at 11:30 p.m. Eastern.

Back for their 10th year as co-hosts, Anderson Cooper and Kathy Griffin will be ringing in the New Year on the CNN special New Year's Eve Live. While CNN correspondents report on celebrations from around the country, Griffin and Cooper will lead the countdown to 2017 from Times Square. Sara Snider will be live from Nashville, Tennessee, for an interview and performance by Keith Urban. CNN's countdown begins at 8 p.m. Eastern.