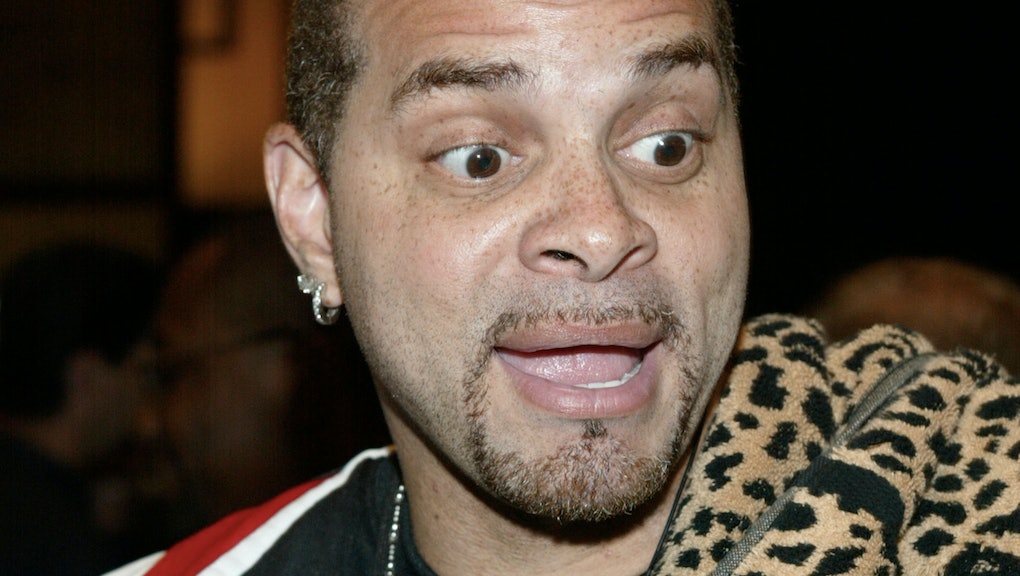 Hundreds of people claim to remember a classic '90s movie starring comedian Sinbad as a wish-granting genie — but the problem is, that movie never actually existed.

In early December, the New Statesman published an investigation into a bizarre online community of Redditors who all remember — some in very vivid detail — a movie from the early '90s in which Sinbad, aka David Adkins, played a magical genie who granted wishes to children.

"Whenever I would see Sinbad anywhere in the media I would recall him playing a genie," Meredith Upton, a 25-year-old Nashville resident who claims to remember the film, told the New Statesman.

"I remember the name of the film as Shazaam," Upton said. "I remember two children accidentally summoning a genie ... and they try and wish for their dad to fall in love again after their mother's passing, and Sinbad can't [grant the wish]."

The only problem is, much to the frustration of everyone who claims to remember it, there's no evidence that Shazaam was ever made. And the hordes of people who say they've seen it could just be experiencing a collective false memory.

"A false memory is, you could think of it as an extreme example of the general phenomenon of memory distortion," Christopher Chabris, co-author of The Invisible Gorilla and a professor of psychology who has researched false memories, said in a phone interview on Wednesday. "Memory distorts, it's not like a DVD ... the natural state of memory is to continually change over time."

"All memories, when we retrieve them, are constructed out of stuff that's been stored and is in our minds somehow," Chabris said. "This Shazaam thing is a fairly simple example, or at least starts, with a fairly simple example of exactly that. This seems to have all the hallmarks of a simple memory distortion that results in the construction of a false memory."

Chabris thinks that many of the people who insist that they saw Shazaam may be confusing it with Kazaam, a 1996 film that starred Shaquille O'Neal as a genie who helps a child locate his father.

"Did people invent this Sinbad thing out of whole cloth? Of course they didn't, there's something very similar that did exist," Chabris said. That Shaq movie could have planted a seed, pieces of a memory that "reconstructed" themselves into a false memory of Shazaam when people heard about a supposed-Sinbad genie movie.

People who "have some kind of memory in there" are more likely to "combine the information," Chabris said. "There are many experiments where researchers have deliberately created false memories. It's well known that this can happen."

But believers like Upton insist the Sinbad movie was real — and that they are not getting confused by Kazaam.

"A false memory is, you could think of it as an extreme example of the general phenomenon of memory distortion."

Even though the cover art on the Kazaam poster — a genie and a kid on a purple background — is eerily similar to what some Shazaam-truthers claim to remember from the Sinbad film, true believers maintain they were two separate movies that coincidentally came out around the same time.

"I am one of several people who specifically never saw Kazaam because it looked ridiculous to rip off Shazaam just a few years after it had been released," one anonymous Shazaam-believer told the New Statesman.

But not only is there no record of the Sinbad movie ever existing, Sinbad himself has taken to social media to insist that the "so-called Sinbad genie movie" never happened.

He also suggested that people who believe he starred in a "genie movie" might be misremembering an afternoon of Sinbad the Sailor movies that he hosted in costume in 1994.

Despite all evidence to the contrary, people still insist they remember Shazaam, even going so far as to suggest that it exists in a parallel universe or that our timeline has been changed retroactively and only some people realize the truth, reported the New Statesman.

One person who claims to remember Shazaam told the New Statesman that perhaps the explanation for the film's "disappearance" could be connected to the fact that we are living in a computer simulation.

But according to Chabris, a false memory that started with just one person and then spread is a much more likely explanation. "People are surprised to find out about false memories because they think that their memories are more objective than they actually are," Chabris said. "None of this is any criticism of people who have false memories, this is the way the mind works. It's human nature to create memories on the fly or to have false memories."

Even the wild theories that attempt to explain the movie's disappearance fit with the idea of false memories.

"That's testimony to the strength to which we believe our own memories, that we would invent outlandish theories, just to maintain the illusion that our memories are accurate," Chabris said. "This is an extreme demonstration of what happens when we put too much confidence in the accuracy of memories."