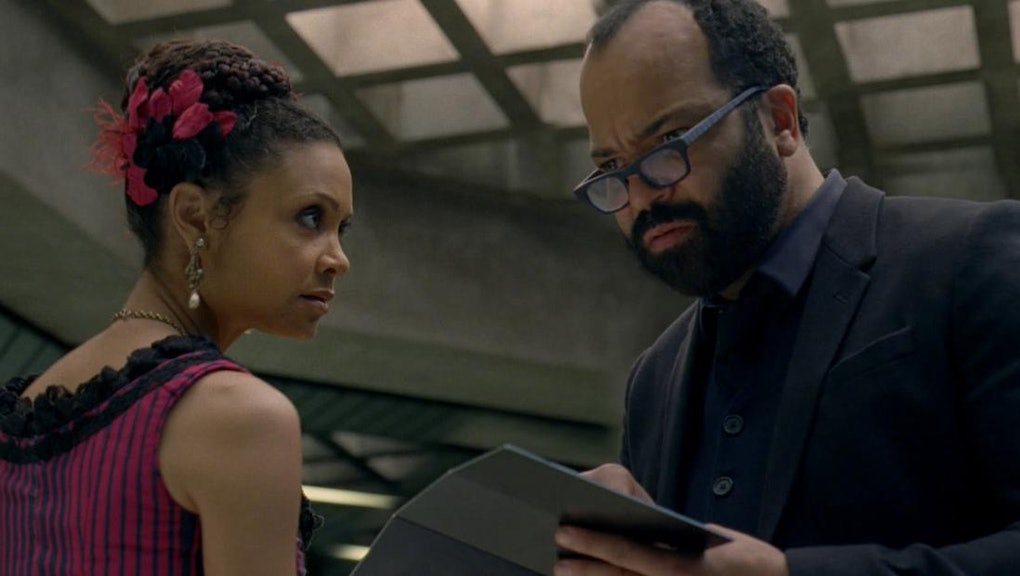 When it is all said and done, 2016 will certainly be an interesting year to remember. Whether you cannot wait for it to be over or have gotten everything you wanted, one thing is for sure: There have been few years as great for television fanatics.

In addition to a slew of popular returning series, 2016 saw the premiere of several high-profile new shows, many of which have garnered significant critical acclaim. Streaming platforms continue to expand their libraries, with Netflix starting to inch closer to HBO in terms of original programming dominance.

The year has seen several strong dramas, making for an undoubtedly difficult task of narrowing down the list for awards shows. Here are the 10 best television dramas (in no particular order) from 2016.

One thing is for sure: Netflix had an extremely strong year. The streaming platform added several new dramas to their library, including one of the year's best shows, The Crown. Starring Claire Foy as Queen Elizabeth II and Matt Smith as her husband, Prince Philip, Duke of Edinburgh, The Crown's first season explores the early moments following King George VI's death and his daughter's ascension to the throne.

The Crown is expected to span six seasons, covering Queen Elizabeth II's reign from 1947 to present-day. While that may be an ambitious plan, after The Crown's stellar first season, there are plenty of fans looking forward to a lengthy run. The Crown has received several award nominations including best drama series at the Golden Globes, as well as recognition for its stellar cast — notably John Lithgow (as Winston Churchill) and Claire Foy — at the Golden Globes and Screen Actors Guild Awards.

You may begin to notice that this list is chock-full of new shows. 2016 saw the premiere of several outstanding new dramas. Perhaps the greatest among which is HBO's Westworld. With Game of Thrones set to conclude in two seasons, the higher-ups at HBO must be thrilled with the performance of their latest drama, which became the network's most-watched first season.

For those that have not seen Westworld (there can't be many of you), it takes place in the futuristic park of the same name, where "guests" interact with robotic — though extremely lifelike — "hosts" to live out their wildest dreams. The series dominated social media this fall, with fans doing their best to predict the big twists and turns (quite successfully, in some cases).

Westworld has been nominated for several awards, with actresses Thandie Newton and Evan Rachel Wood, both of whom play hosts, receiving the most praise. The series also stars Anthony Hopkins, Ed Harris, Jeffrey Wright and too many more talented actors to list.

Another one of 2016's hit new dramas, The People v. O.J. Simpson is the first season of FX's anthology series, American Crime Story, developed by Scott Alexander and Larry Karaszewski, and executive produced by American Horror Story's Ryan Murphy. As you can tell from the title, the first season dealt with the highly publicized trial of O.J. Simpson for the murder of his wife, Nicole, and her friend, Ron Goldman.

The series was nominated for a whopping 22 Emmys, winning for best limited series, as well as taking three acting awards for Sarah Paulson, Sterling K. Brown and Courtney B. Vance.

So you do not think this is merely a ranking of new series, let's move on to the reigning Emmy winner for best drama: Game of Thrones. Game of Thrones' sixth season did not miss a beat, despite being the first without a George R.R. Martin book to dictate the plot.

Season six of Game of Thrones featured everything you love (or love to hate) about the show: a lot of death, betrayal and an epic battle in the penultimate episode. The season finale went off with a literal bang, moving all the pieces into place for an exciting final two (unfortunately shortened) seasons.

Game of Thrones joins Westworld with a best drama nomination at the Golden Globes, though, surprisingly, George R.R. Martin is betting on the latter to win (he is the master of betrayal).

While The Crown is a great series, Stranger Things may be the best new drama on Netflix. The series, which pays homage to classic '80s cinema — especially Spielberg movies — is about how a young boy's mysterious disappearance impacts a small town. The show follows his friends and family as they attempt to find him.

The series features stellar acting from the entire ensemble, especially Winona Ryder and Millie Bobby Brown. The show joins The Crown with a nomination for best drama at the Golden Globes, which the cast was extremely excited about.

Based off of the 1993 novel of the same name by John le Carré, The Night Manager features the incredible acting of House's Hugh Laurie and Thor's Tom Hiddleston. The series follows Hiddleston's Jonathan Pine, a hotel night manager and former British solider who goes undercover in arms dealer Richard Roper's (Laurie) entourage.

The six-part series was strong from start to finish, with Pine's safety always at risk with each move he took. The series has earned Golden Globe nominations for its two lead actors as well as a nod for best limited series. If you have not seen the The Night Manager, it is certainly worth a watch, and is currently available for streaming by Amazon Prime members on Amazon Instant Video.

Marvel has done it again, as their latest Netflix series, Luke Cage, is nothing short of greatness. While Jessica Jones and Daredevil, Marvel's first two Netflix series, were set in Hell's Kitchen, Luke Cage moved the action to Harlem, bringing with it an exploration of the neighborhood's culture while embracing the character's comic-book roots in Blaxpoitation.

The series stars Mike Colter as the titular character, a (wrongly convicted) ex-con who develops super-strength and bulletproof skin. What is interesting about Luke Cage is that, despite his invulnerability, he is a reluctant hero. This makes for an interesting examination of what it takes, psychologically, to be a hero, and when it is important to act.

The reigning Golden Globe winner for best drama series, Mr. Robot, returned in July for its highly anticipated second season. While the series may have had some trouble living up to its nearly universally acclaimed first season, the show's sophomore run was certainly strong in its own right.

Mr. Robot, which stars Rami Malek as Elliot Alderson, a brilliant, mentally ill hacker, will not be repeating best drama series at this year's Golden Globes, as it was not nominated. But the show did earn acting nods for both Malek and co-star Christian Slater (last year's supporting actor winner).

While Mr. Robot is one of the more acquired tastes on this list, for those interested in a psychological thriller like few others, it is definitely worth a binge.

This Is Us is the only series from one of the big four networks — CBS, ABC, NBC and FOX — on this list. The premiere was highly anticipated after its trailer was viewed by an estimated 70 to 80 million people in its first 11 days of release. The series, which stars Milo Ventimiglia, Mandy Moore, Sterling K. Brown, Chrissy Metz and several other talented actors, jumps from past to present exploring the lives and relationships of three siblings and their parents.

This Is Us is also the only show from the big four networks to be nominated for best drama at the Golden Globes. The series also received deserving nods for Mandy Moore and Chrissy Metz, both for supporting actress.