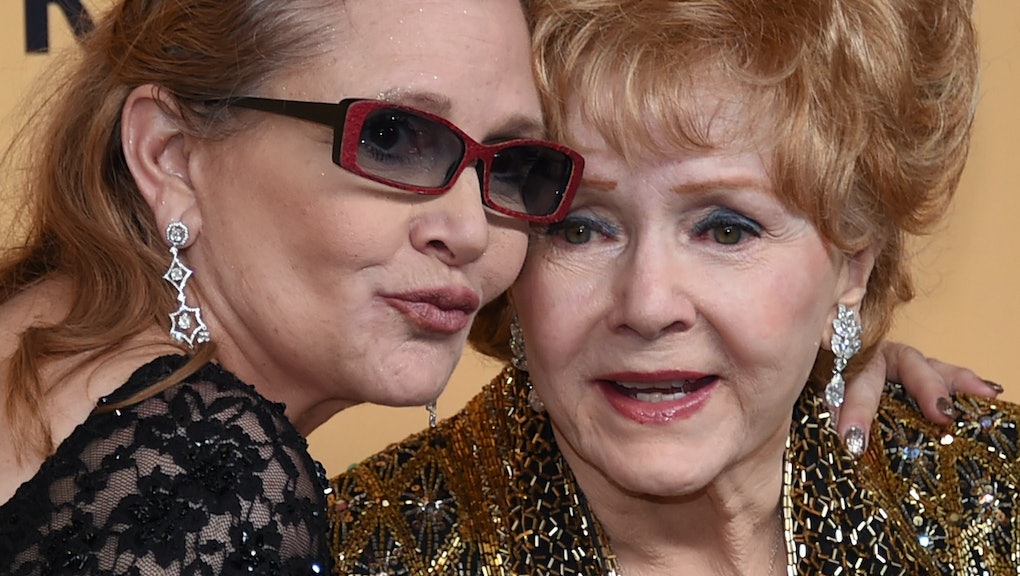 Is it possible to die of a broken heart? Here's the science behind broken-heart syndrome

After actress Debbie Reynolds died yesterday — only a day after her daughter, Carrie Fisher, passed away — many people began wondering if a broken heart can kill you.

Reynold's son, Todd Fisher, told the Associated Press the stress of his sister's death "was too much" for Reynolds.

Dying from a broken heart is, in fact, possible, according to science. Broken-heart syndrome commonly occurs in women over 60, according to a study published in the American Journal of Cardiology. The potentially fatal health problem mimics a heart attack — but is not the same thing.

What is broken-heart syndrome?

The official name for broken-heart syndrome is takotsubo cardiomyopathy. Takotsubo means "octopus trap" in Japanese, and it's a reference to how the heart balloons larger during a heart attack, according to the Wall Street Journal. Harvard Women's Health Watch notes that Japanese researchers first described the syndrome in 1990.

In 2012, there were more than 6,000 reported cases of broken-heart syndrome in the United States, according to researchers from the University of Michigan.

What happens to the body during an episode of takotsubo cardiomyopathy?

Losing a loved one or experiencing a serious accident could trigger broken-heart syndrome. Its symptoms include shortness of breath and chest pain.

Though broken-heart syndrome has symptoms similar to that of a heart attack, there are a few significant differences between the two conditions. Heart attacks can be caused by blockages and blood clots that form in coronary arteries, according to Johns Hopkins Medicine. When the clots cut off the heart's blood supply, a heart attack occurs.

Most patients with broken-heart syndrome are not found to have severe blockages or clots. Rather, it's characterized by adrenaline and other stress hormones that "stun" the heart cells. Though the condition is "usually treatable, it can lead to severe, short-term heart muscle failure," according to USA Today.

In many cases, however, a person can completely recover in a few weeks without incurring permanent damage.

Interestingly, one participant in the study experienced an attack brought on by joy. Vera Compagnino, 53, experienced takotsubo cardiomyopathy after excitedly cheering at her son's football game, the Wall Street Journal reported. Researchers believe anxiety played a role in Compagnino's symptoms.

Unfortunately, dying of a broken heart is "absolutely real," grief expert David Kessler told USA Today. "I think it's extremely underdiagnosed. I think it's more common than we believe."

Kessler said the syndrome is more likely to occur with elderly couples than in other types of relationships. Research shows the risk of dying increases when one's partner dies, Mic previously reported.

"I just think he died of a broken heart," granddaughter Erin Miller told the Tribune-Democrat following the deaths of her grandparents. "I don't think they could have lived apart from each other."