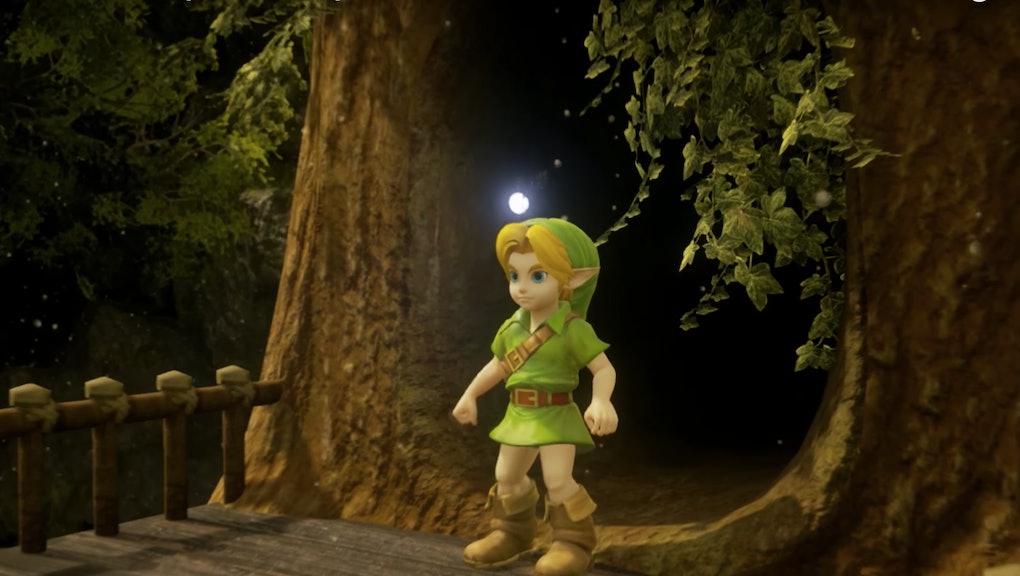 We're still waiting for Legend Of Zelda: Breath of the Wild to launch on Wii U and Nintendo Switch, but until then, fans of the series can kill time with a new Legend of Zelda: Ocarina of Time Unreal Engine 4 mod.

When a fan version of Ocarina of Time makes its way to the internet, it's usually in the form of a Zelda trailer. This time, however, the Zelda game originally released for Nintendo 64 has been given a fresh coat of paint — and you can actually play it. Oh boy.

Zelda: Ocarina of Time HD Remake Mod: How to play the demo

Trailers for HD remakes of Zelda: Ocarina of Time are plentiful across the web, but this one from YouTube user Aran Graphics allows you to actually download and play early parts of the game, though you can't make your way through the entire adventure. You'll also need a pretty powerful high-end gaming PC to take full advantage of this demo.

Unlike Mario Kart 64 — which is only just now coming to the Nintendo Wii U — Ocarina Of Time is readily available on both Wii U and 3DS, with the latter offering eShop download and physical copies for purchase. If you're a Nintendo gamer itching to play the game, you have options. If you're looking to play in high-definition Unreal Engine 4 graphics, though, this unofficial version is the way to go.

Hungry for more Legend of Zelda details? Check out this earlier trailer for Zelda BOTW and then read up on why the game's release date may not arrive until long after the Nintendo Switch has already launched.

If you'd rather read about other Nintendo games, check out our coverage of Pokemon Go Gen 2 and Nintendo Switch specs, or indulge in your nostalgia with Game Boy games and Mario Kart.