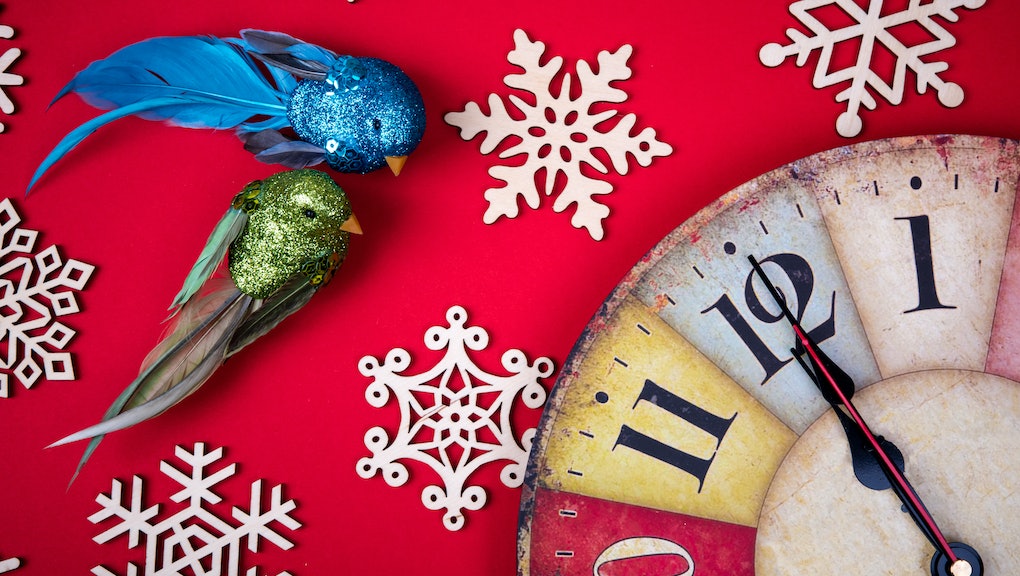 Ringing vs. Bringing in the New Year: What's the difference, and which is right?

We're here to help put the argument to rest before things get ugly, so you can steer partygoers back toward enjoying their champagne.

For starters, both versions of the phrase are legitimate, according to Kris Spisak, author of Get a Grip on Your Grammar.

"Though only different by a single letter, both expressions are recognized as standard," Spisak wrote on her blog.

Suffice it to say your wild English major parties can go undisturbed this year when you put a stop to the raucous debates by telling everyone, "Chill — you're both right."

But what do they each mean?

"Bringing in the new year" is the more literal of the two phrases. By saying this, you're suggesting that we are leaving the old year behind in order to escort or carry in the new. (After the events of the previous year, this seems pretty appropriate.)

"Ringing in the new year," meanwhile, has a more complicated history. For one thing, it's common for churches — especially older ones — to ring their bells in order to let people know the time. This also happened on certain holidays; as stated by the Trinity Church on Wall Street's website, people actually used to gather outside the church in New York City instead of Times Square in order to hear the church bells "ring in" the new year.

"Ringing in" new things is an age-old concept, as shown by Lord Alfred Tennyson's poem, "In Memoriam, [Ring out, wild bells]" — here's an excerpt:

Ring out the old, ring in the new,

Ringing bells was once even considered an effective way to ward off evil. According to an 1823 Encyclopedia Britannica entry, "passing bells" were once rung when a person died to "drive away the evil spirits who stood at the bed's foot, and about the house, ready to seize their prey or at least to molest and terrify the soul in its passage."