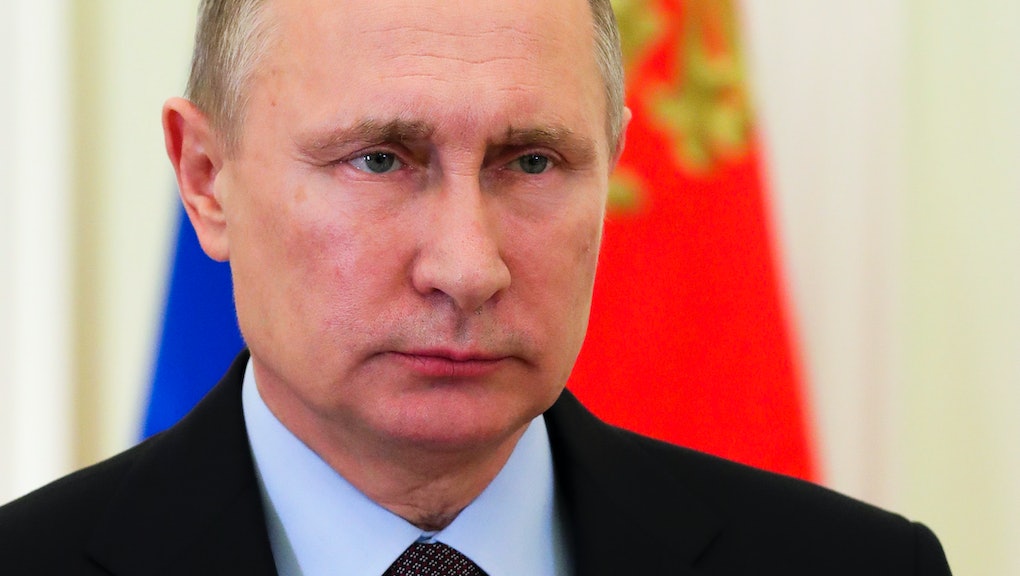 Russia returns Obama's sanctions with threats to expel US diplomats

Lavrov's suggestion was a response to President Barack Obama's announcement on Thursday that the U.S. would force out 35 Russian intelligence officials, retribution for Russia's alleged manipulation of the 2016 presidential election, which involved Russian hackers swaying the outcome of the race in President-elect Donald Trump's favor.

"Russia's cyber activities were intended to influence the election, erode faith in U.S. democratic institutions, sow doubt about the integrity of our electoral process and undermine confidence in the institutions of the U.S. government," Thursday's White House statement read. "These actions are unacceptable and will not be tolerated."

But according to CNN, Lavrov maintained on Friday that the cyberattack accusations remain "groundless." Kremlin spokesman Dmitry Peskov added that Obama has left Russia "absolutely no alternative to the principle of reciprocity."

In Thursday's immediate aftermath, Russian officials said Obama's sanctions had sabotaged U.S.-Russian relations in the final days of his presidency.

The United Kingdom's Russian Embassy called Obama a "lame duck," tweeting out, "President Obama expels 35 [Russian] diplomats in Cold War deja vu. As everybody, including [American] people, will be glad to see the last of this hapless administration."

Meanwhile, Peskov told reporters Thursday he believes Obama's sanctions were intended to "further harm Russian-American ties" and "deal a blow on the foreign policy plans of the incoming administration of the president-elect."

Trump, of course, has repeatedly thrown skepticism at the CIA's reports on the election hack. Not to mention, during the course of his campaign, Trump himself encouraged Russia to intervene in the election, calling on hackers to release opponent Hillary Clinton's emails.

On Thursday, he struck much of the same tone, but added that he would attend a briefing on the election hack anyway.

"It's time for our country to move on to bigger and better things," Trump said in a statement. "Nevertheless, in the interest of our country and its great people, I will meet with leaders of the intelligence community next week in order to be updated on the facts of this situation."