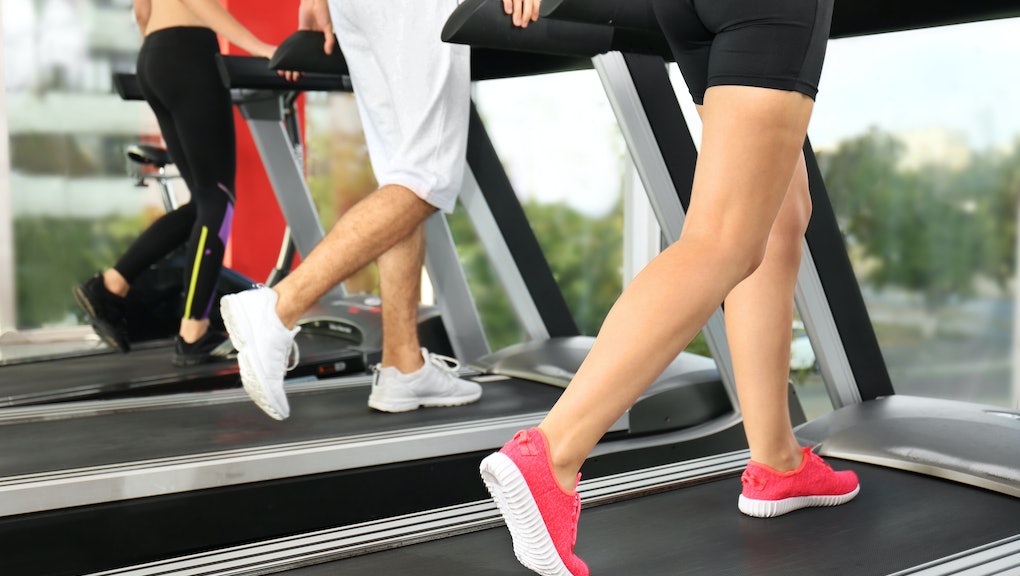 The start of the year is a time for new beginnings — to chuck out the old, to clean the slate and to remember to write a different year on our checks. Many of us will make resolutions for the new year, and while you may be strong enough to stick to yours, science says the odds aren't in your favor.

The 2015 Nielsen survey was keen to note that 43% of participants said they planned to lose weight in the coming year, but 76% said they didn't follow diet or weight loss programs in 2014 — which is pretty much how resolutions have always gone.

Approximately 50% of the U.S. population makes a resolution at the start of each year. Of those, 77% manage to keep it up for just the first week, and only 8% succeed in keeping their resolutions. Another study, conducted in 1988, found that only 19% of participants managed to stick to their resolutions for two years — which is pretty disappointing if you factor in that it only takes about 66 days to form a new habit.

Gym memberships are a perfect example of this. A 2-year study found a more than 50% surge between December and January in Facebook check-ins to places with "gym" or "fitness" in the name. Those check-ins start dropping as early as the third week of January — and drop a full 10% by February. In a normal month, 20% of gym-goers are consistently inactive. In 2011, the New York Times found that "resolutioners" helped many gyms double in new memberships in January, but Men's Health reported that 20% to 30% of new members stop attending in the first 3 months.

Your best bet for a resolution that you can stick to? The American Psychological Association recommends you start small, talk about your progress or missteps, and ask for support.