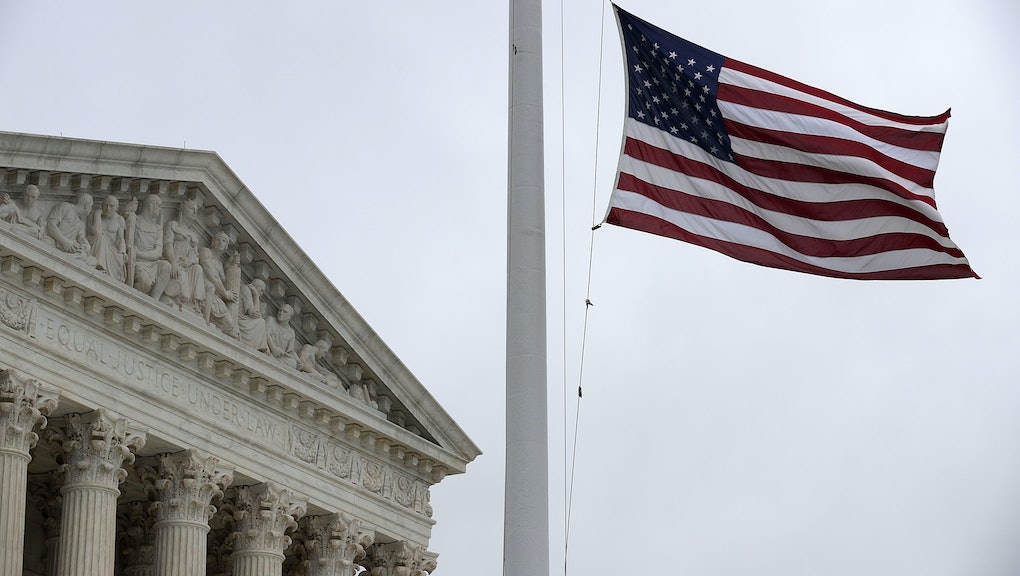 What is a recess appointment, and what is the likelihood Merrick Garland will get one?

With less than a month before President-elect Trump's inauguration, many are wondering what actions President Barack Obama will take in his final days in the Oval Office. Will Obama finally appoint Merrick Garland to the Supreme Court, for example? Garland was announced as Obama's pick for the Supreme Court back in March — and has been waiting ever since.

In the nine months since Garland's nomination, the Republican-controlled Senate has declined to hold hearings to officially appoint him to the bench, even though a March poll revealed 43% of GOP voters believed that they should.

In July, Garland surpassed former Supreme Court Justice Louis Brandeis to clinch the record for the longest amount of time a Supreme Court nominee has waited to be confirmed. And with President-elect Trump's impending inauguration and no Senate hearings in sight, that confirmation may never come.

Obama does have one final option to get Garland on the bench without Congress's help: a recess appointment.

What is a recess appointment?

Article II, section two of the Constitution stipulates that a U.S. president "shall have Power to fill up all Vacancies that may happen during the Recess of the Senate." This means that Obama could appoint Garland during the recess between U.S. Senate sessions on Jan. 3 — a recess that, Cleveland.com notes, will last just a few seconds before the new Congress is gaveled in.

Recess appointments have faced a significant amount of resistance. Though Obama may have the power to appoint Garland to the Court, the judge may not be able to stay there for very long.

In 1960, the U.S. Senate passed a legally non-binding resolution against recess appointments. The resolution, as quoted on the U.S. Senate website, states that these recess appointments "may not be wholly consistent with the best interests of the Supreme Court, the nominee who may be involved, the litigants before the Court, nor indeed the people of the United States."

It also states that these appointments should only be undertaken in "unusual circumstances and for the purpose of preventing or ending a demonstrable breakdown in the administration of the Court"s business."

Though the Senate's untraditional action of refusing to confirm Garland could constitute as the "unusual circumstances" dictated by the resolution, it's likely that many would point to this resolution to argue against any recess appointment Obama could undertake.

A clearer act against recess appointments came in 2014 with the Supreme Court ruling in National Labor Relations Board v. Noel Canning. The ruling declared that "pro forma" sessions — in which the Senate simply gavels in and gavels out so as to remain active and avoid a recess — are constitutional, and prevent the president from being able to make recess appointments.

The ruling also stated that the Constitutional clause stipulating the president's recess appointment power does not include intra-sessions of Congress — in which the same group of legislators takes a short recess and then reconvenes during their congressional terms — but is rather limited to the inter-sessions between Congressional sessions, such as the one on Jan. 3.

What might affect Garland's potential appointment is Justice Stephen Breyer's written opinion of the decision for the majority. Justice Breyer wrote:

In sum, we conclude that the phrase "the recess" applies to both intra-session and inter-session recesses. If a Senate recess is so short that it does not require the consent of the House, it is too short to trigger the Recess Appointments Clause. See Art. I, §5, cl. 4. And a recess lasting less than 10 days is presumptively too short as well.

This, of course, would seem to suggest that a Jan. 3 recess appointment — in which the seconds-long period is far shorter than the 10 days mentioned by Breyer — would be against the court's decision.

As law professor Jonathan H. Adler explained in the Washington Post, the decision "clearly precludes" Garland's appointment. "All told, every justice on the court embraced an opinion rejecting the idea that such an intersession recess appointment would be constitutional," Adler wrote.

Though it's safe to say the appointment would be legally challenged, the New Republic pointed out that Breyer's language about recess lengths is not specifically relevant to the court's decision about pro forma sessions, meaning it would be considered "dicta" — an opinion that is not in itself legally binding. More "provocative" lawyers, the New Republic argued, say that Breyer's language is "authoritative but not binding," adding that "it goes beyond the facts before the Court, represents the individual views of the judge, and cannot be cited as legal precedent."

Even if the appointment were allowed under the Canning decision, Garland's time on the Supreme Court may not last very long. Though recess appointments can be subsequently confirmed by the Senate, the recess appointment alone, the Constitution stipulates, expires at the "end of [the Senate's] next Session." Without being confirmed by the Senate, Garland's term would expire at the end of 2017, before the next session convenes in Jan. 2018.

But Garland's term could come to an end even earlier. The Senate could adjourn sine die straight away, which means the congressional term would immediately end and Garland's term would expire. Adjourning that way, Adler explained in the Post, would require the cooperation of both the House of Representatives and the president — though that's not likely to be an issue once Trump is in the White House. This means Garland's term could last just a few weeks, until Trump is inaugurated on Jan. 20.

A recess appointment for Garland would no doubt come with some significant challenges. But given Trump's impending inauguration and the potential Supreme Court nominees he could appoint, some will argue that it may be worth the risk.