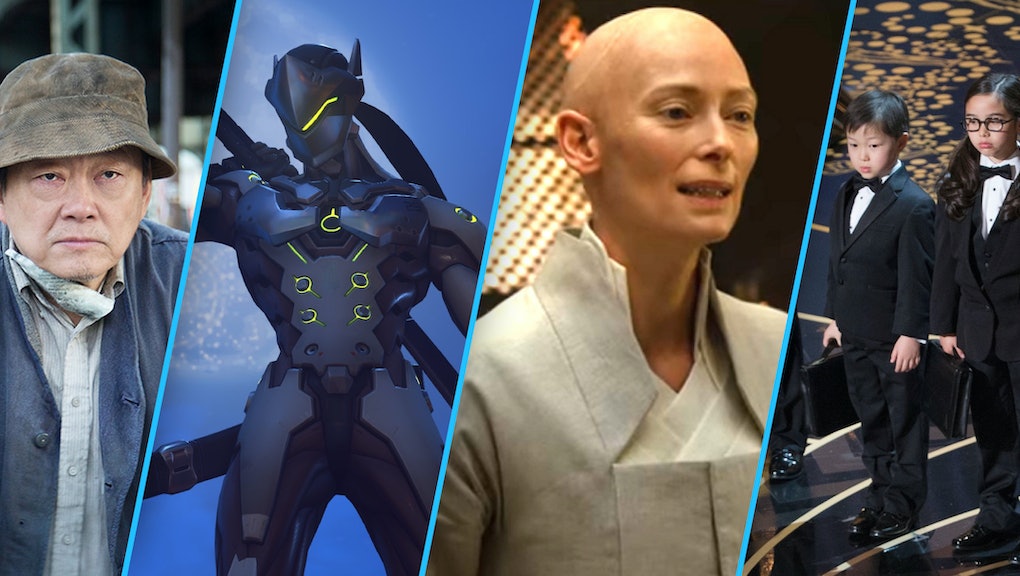 The clap-backs! The open letters! In case you're still having an issue understanding exactly what Asian-Americans are going on about when it comes to representation in media, here's a list of some noble attempts that (predictably) fell short this past year.

Chris Rock tackled the #OscarsSoWhite controversy head-on as he hosted this year's ceremony, lobbing pointed critiques at both the Academy and the industry as a whole. It was great. However, a sour note in the proceedings came toward the end of the show, when he called up a trio of Asian children and made jokes at their expense about their being accountants, and also assembling iPhones.

It was cute because it was children dressed up like tiny adults. It wasn't funny because it was really racist and kinda just mean. One of the little kids didn't even know about the jokes was when she signed up.

2. Asian chick, "Reminder" by the Weeknd

"Got a sweet Asian chick she go lo mein."

Disney's latest foray into wringing every last sweet, sweet drop out of this franchise was mostly lauded for breaking away from the series' tired formula, in addition to a few other genre-busting components. Namely, a diverse cast, and the possible inclusion of the series' first queer couple, found in (excellent) blind-samurai mystic stereotype Chirrut Imwe and shooter Baze Malbus.

For me, this queer reading felt so meticulously constructed to delight precisely my demographic while going unnoticed by flyover state viewers that it cast a shadow over all the other so-called "progressive" steps the movie allegedly championed. At the end of the day, you know Disney's market-testing blasters are only set to make bank.

Bon Appétit's controversial depiction of a fictitious version of this noodle soup portrayed it as a ramen knock-off devoid of any added sauces by rule, birthed from the twisted mind of a white hipster chef and let loose to terrorize the world. Scary!

Overwatch is a candy-coated competitive shooter featuring a pair of Japanese brothers as playable characters. The voice acting for one of the brothers, Genji, sounds more or less like a native Japanese speaker speaking English. The voice acting for his brother Hanzo on the other hand, is saddled with that weird fake-ESL accent Hollywood seems to love to inflict on its Asian characters.

Chances are, you've heard it and not even realized. It's not necessarily meant to be funny, and is so common that even (rightly) lauded shows like Fresh Off the Boat can use it without much recourse. Whether you look at it as an added layer of whitewashing, or just a bland concession for delicate Western ears — know that it sounds completely ridiculous to anyone who grew up with actual non-native English speakers.

To every person who likened my last name to the word 'tsunami' or told me my first name sounds like an app: I'm a person, not a fictional character, natural disaster or brand. Thanks.

Episode 4 of HBO's web pickup, High Maintenance, opens with a short story about an elderly couple who make their living collecting and exchanging discarded bottles for money in NYC. We get a look at the couple's comfy home life, and a brief but powerful glimpse of family conflict involving the father's pride in the face of his son's recent success.

A relatable, empathetic and emotive narrative centered entirely around two Asian protagonists? Think about how many times you've seen something like that from Hollywood — ever.