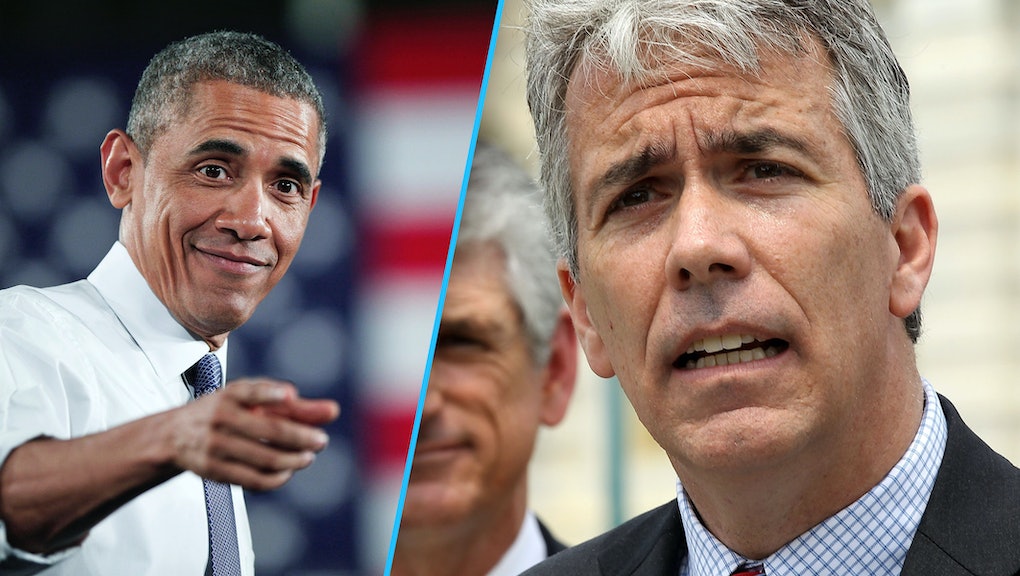 Joe Walsh, a former Illinois congressman, unleashed a tweetstorm on Thursday claiming the United States' decision to abstain from the U.N. National Security Council vote condemning Israel's illegal settlements in Palestinian land was due to Obama being a Muslim. Obama, however, has publicly said he is Christian — repeatedly.

Walsh tweeted that Obama's alleged Islamic faith is the motivation behind his alleged hatred for Israel.

Walsh, a popular conservative radio host, went on to say there are many members of Congress who share his beliefs. He said these congressional members, or closeted truthers, refrain from admitting they believe Obama is a Muslim in fear of public scrutiny. Walsh said many Fox News employees privately believe the president is Muslim as well.

Walsh, a vocal Donald Trump supporter, has repeatedly made bigoted remarks about vulnerable and marginalized communities. His latest tweetstorm is simply a page out of Trump's playbook. For several years, Trump has publicly claimed Obama is a Kenyan-born secret Muslim, inspiring the birther movement.

The secret Muslim conspiracy theory is troubling because the tweet implies a Muslim American is not trustworthy enough to be president. It paints Muslims as foreigners rather than as an indispensable part of the fabric of this country. This implication is rooted in a conspiracy theory that alleges that Muslims are infiltrating the U.S. government with a mission to destroy America, a theory that Trump adviser Frank Gaffney openly promotes.

The other disconcerting part of Walsh's tweets is the insinuation that Muslims are inherently anti-Semitic. Unfortunately, this isn't an assumption exclusive to right-wing personalities like Walsh: Liberal pundits and mainstream media reacted in similar ways when Sen. Bernie Sanders won a huge chunk of Muslim votes.

That Walsh continues to hold onto this narrative that Obama is a "secret" Muslim is proof that bigoted trolls have been living in their own reality for far too long.