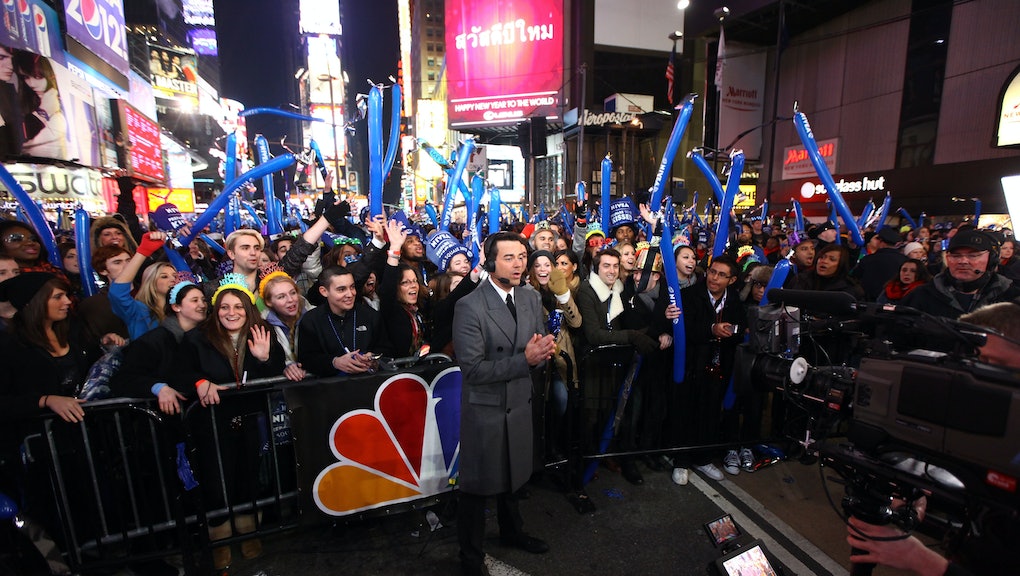 The countdown has begun to 2017 and New Year's Eve With Carson Daly is always one of the popular shows airing that promises special guests and performances from popular artists to celebrate the new year. This year Daly will be joined by former Spice Girl/America's Got Talent host Mel B, who will co-host the festivities live from Times Square.

You can tune into New Year's Eve With Carson Daly on Dec. 31 at 11:30 p.m Eastern on NBC. Here are the entertainers expected for the hour-long special.

Recently, Pentatonix have been spreading holiday cheer with their new holiday album A Pentatonix Christmas.

Catch Shelton, the longtime coach on The Voice, before he goes on his "Doing It to Country Songs" tour in 2017.

Rockin' Eve will air a special performance of Lopez's residency in Las Vegas called "Jennifer Lopez: All I Have." which will run until 2018.