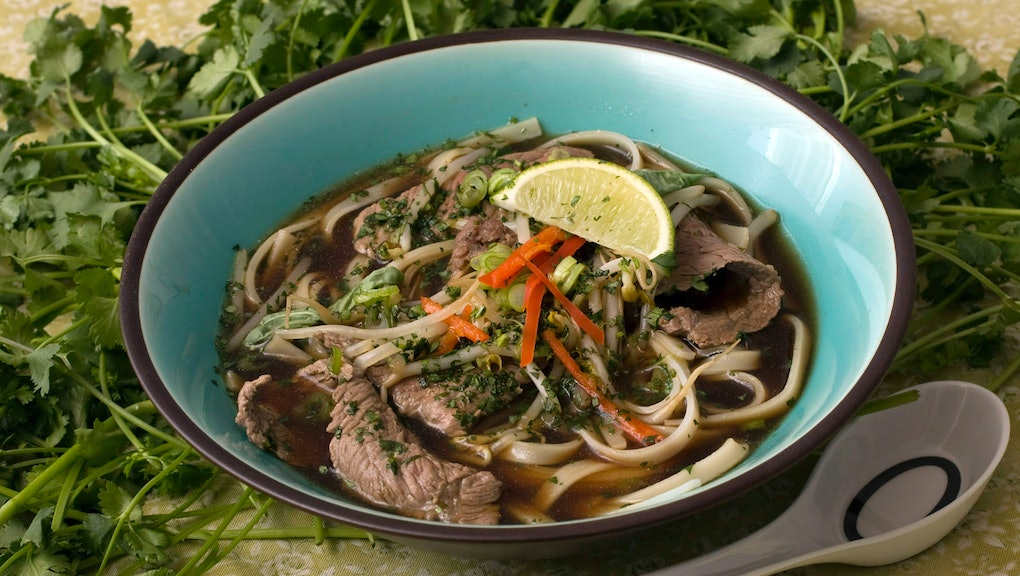 History books tell us that Christopher Columbus discovered America. Native Americans have a different story. That same spirit of finding something a certain group of people already know about is exactly what constitutes "Columbusing," and 2016 saw a lot of it, especially when it comes to food.

Here are just a few food items that got "discovered" this year that people of color have known about for a while.

This vietnamese noodle soup has had quite the year. First, food magazine Bon Appétit published a video with a white Philadelphia chef explaining the "correct" way to eat pho. They later took the video down and apologized. Then the New York Times released a recipe for pho that included quinoa and broccoli, which left people not very happy.

Disney found itself in a bowlful of piping hot trouble when it posted a gumbo recipe that didn't resemble gumbo in the least. As reported in the New Orleans Times-Picayune, Disney posted a recipe for "Tiana's Healthy Gumbo" on one of its Facebook pages. The recipe, which has since been removed, added kale and quinoa to the mix and completely eliminated a roux — a mixture of fat (usually butter) and flour that is traditionally the base of the dish.

These leafy greens saw quite an upsurge in popularity in 2016. In January, Whole Foods even tweeted out a link containing recipes for the green, popular in black communities, with peanuts included in the accompanying image. Twitter users tore the grocery chain apart. The year in collard greens only got worse when, as Fox News reported, Neiman Marcus sold a helping of the side dish for $66, or $81.50 after shipping — this despite the green retailing for far less.

Given its deep-purple hue, this root vegetable, popular in Filipino communities, was an Instagram star this year. But while the color may look exotic, it's anything but in its home communities.

"Ube is not an exotic ingredient in the Philippines, but a common everyday ingredient," Nicole Ponseca, who owns renowned Filipino restaurants Maharlika and Jeepney in New York City, said in an earlier interview with Mic. Ponseca said that it's basically the Phillippines' equivalent of the sweet potato: "But ours just have a saturated, technicolor, Prince-worthy shade of purple."

This cheap sandwich got an $8 makeover when Whole Foods began to sell it in their Columbus Circle location in New York City. People also joked on Twitter about the fact that the sandwich, usually sold for half the price uptown in Harlem or in a borough, was being sold on a cart with the year "1492" on it. How's that for Columbusing?

Usually thought of as a cheap way to get in a night's worth of drinking, 40-ounce beers got an expensive makeover when a bar in West Hollywood began to serve the item as a novelty, marked up to $15 — with a free paper bag to drink it in. Bar owner John Arakaki told Mic in an earlier interview that selling the drink was meant to be "nostalgic" and that the price was fair when you consider how many ounces of alcohol you should be drinking in one night.

"I used to say when I opened up a bar, I'll serve drinks like this," he said. "The intention [of the price] wasn't to gouge the customer at all."

Ghee, a clarified butter that has been used by Indian cooks for millennia, found new popularity this year among those advocating for a paleo diet. The result: monstrosities like $17 bottles of ghee that no one should have to pay for.