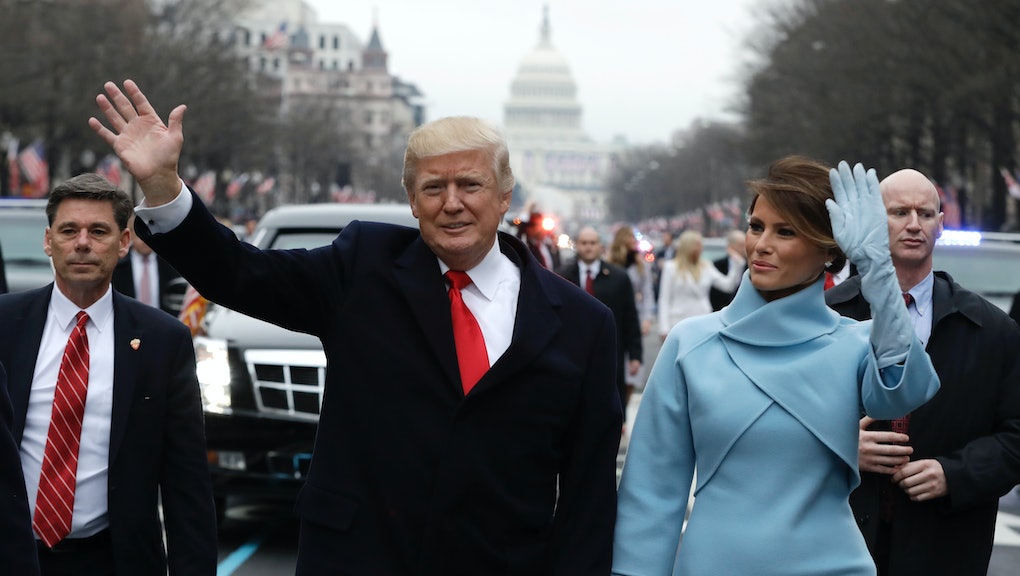 When the whole world is watching you, every move you make is liable to be seen, dissected and thoroughly memed by millions of people.

Throughout inauguration day, hashtags like #FreeMelania and #SadMelania circulated. Melania's frown beckoned a forensic analysis by Slate and a debunked theory that the video of Melania's iconic frown was the result of reversed video footage.

Some even suspected the quick turnaround was in reaction to something Trump said to her, but another camera angle suggests he was talking to their son, Barron, who was fidgeting and talking behind him during Franklin Graham's speech. But the internet, once it catches a choice meme, is not prone to let go until it's found a new meme to dismember into oblivion.

Whatever the reason for it, Melania Trump's frown perfectly encapsulates how many Americans have been feeling since Inauguration Day. In just his first weekend as president, Trump made a catastrophic appearance at the CIA, where he planted supporters to clap and cheer for him, then blatantly misrepresented  the "standing ovation" he got; he may have broken the law by deleting a tweet; signed an order to make his inauguration an official "day of patriotic devotion" (not unlike North Korea); and sent his press secretary Sean Spicer to dress down reporters for accurately reporting on his inaugural crowd sizes as compared those of former President Barack Obama. Oh, and after the Women's March — possibly the largest protest in U.S. history — Trump reinstated the global gag rule, an order revoking U.S. funds to foreign organizations that provide or support abortion as a reproductive choice. All in just his first weekend in office.

Suffice to say, hers is not the only face that fell this weekend.