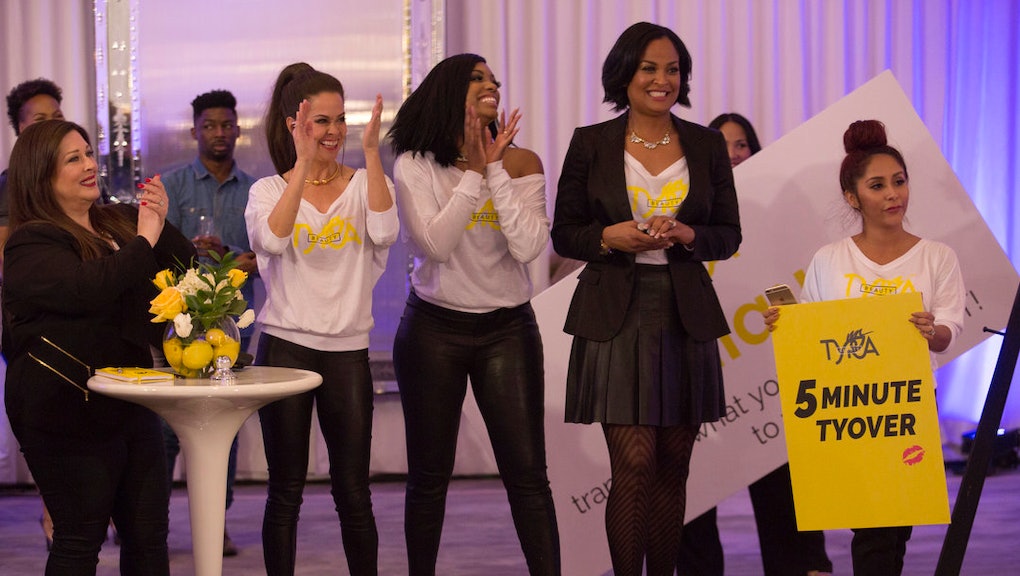 'Celebrity Apprentice' 2017 spoilers: Who was terminated in episodes 1 and 2?

Arnold Schwarzenegger has taken over the boardroom chair from the show's former host and the current president-elect Donald Trump — although Trump remains on as an executive producer. This season, 16 celebrities are competing for the grand prize of a $250,000 check for their charity of choice.

After a brief introduction to the new cast and how the legendary movie-star-turned-host became a self-made entrepreneur, Schwarzenegger divided the celebrities into two teams: men vs. women.

Schwarzenegger will be joined by a rotating panel of business experts this season. To kick off the new season, mogul Tyra Banks and Schwarzenegger's nephew and entertainment lawyer, Patrick M. Knapp Schwarzenegger, joined the boardroom.

In the first episode, the teams had to create live presentations for Banks' makeup line, Tyra Beauty. The women's team lost this competition and Nicole "Snooki" Polizzi, Porsha Williams and Carrie Keagen were the three celebs up for elimination. Keagan was ultimately sent home by Schwarzenegger.

Trump's famous firing catchphrase on the show was "You're fired." This season Schwarzenegger is giving the celebrities the boot with his own catchphrase: "You're terminated."

For the second episode, the teams shot their own spots for Trident gum. Maybe it was a result of the women filming a lot of their footage for their spot sideways, but they lost their second challenge in a row. The team's project manager for this episode, Wilson Phillips member Carnie Wilson, was the second celebrity sent home.

Catch an all new episode of The Celebrity Apprentice on Monday, Jan. 9 at 8 p.m. Eastern on NBC.