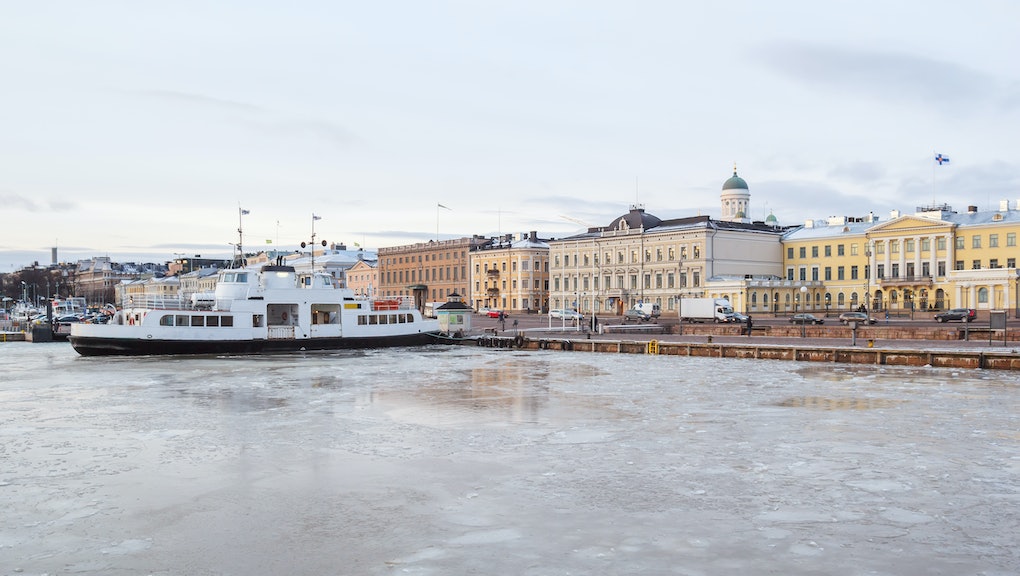 Finland is trying out basic income for some citizens

Finland is giving some citizens the equivalent of $587 U.S. dollars a month — just for being alive.

In a move that's been in the works for more than a year, the Finnish government is testing out a basic income starting Jan. 1, making it the first country in Europe to try out giving away a basic income in an attempt to "reduce poverty and boost employment," the Associated Press reported Monday.

The test recipients are a randomly chosen group of 2,000 Finnish citizens who already receive unemployment benefits, the AP reported — but they will continue to get the basic income stipend even if they get a job.

The money comes with no "reporting requirements," meaning the recipients don't have to tell the Finnish government how they spent the money, and the trial will last for two years.

Olli Kangas, a Finnish government official, told the AP the trial could potentially be expanded to include freelancers and other low-income groups.

Back in June, Swiss voters struck down a proposal for a universal basic income, and some critics have said the idea would be unsustainable in practice, and would take away from existing aid programs. Robert Greenstein of the Center on Budget and Policy Priorities wrote in May that here in the U.S., at least, the cost of such a program, and the political compromises it would require, make it unlikely to succeed.

But basic income proponents say that, in a world where there just isn't enough paid work for everyone to live well, giving everyone money could be a solution to inequality.

Time will tell if the Finnish experiment proves successful in reducing inequality — and if other countries will follow suit.