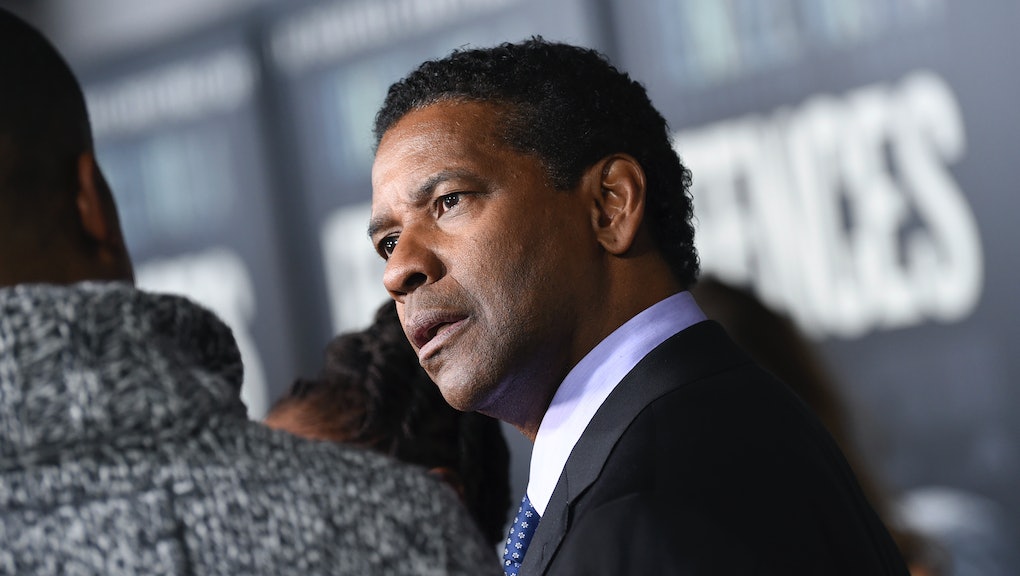 Over the course of a couple of weeks, #OscarsSoWhite — and the argument for representation in film as a whole, really — has earned new, harsh critics. But unlike other critics of the popular hashtag movement, these are black male creators.

In an interview with the New York Times, Empire creator Lee Daniels expressed "frustration" with the campaign, which was started by writer April Reign two years ago after the Academy of Motion Picture Arts and Sciences failed to nominate a single nonwhite actor for any of their four acting categories. He seemed to consider the hashtag an excuse for nonwhite actors and creators just not doing enough.

"Go out and do the work," Daniels told the Times. "Oscars so white! So what? Do your work. Let your legacy speak and stop complaining, man. Are we really in this for the awards?"

Days before, Denzel Washington, a two-time Oscar winner himself, told 60 Minutes he doesn't think much of the campaign, either: "If you're looking for an excuse, you'll find one," he said. "Can't live like that. Just do the best you can do."

These two men, both accomplished directors and producers, have achieved great things in Hollywood. But they are the exception, not the rule. They represent not only progress, but also what can happen when said progress is made. Their success is not a sign that film and TV's representation problem is suddenly over. It's not about getting one or two black actors nominated for awards; it's about changing the way Hollywood works.

When asked about Daniels' comments, Reign sought to clarify the meaning of the hashtag campaign. "#OscarsSoWhite is not about a statue, but the lack of opportunities for those from marginalized communities," she said. "The underlying issue begins on the writer's page and permeates the process through the distribution of the finished product."

The "lack of opportunities" she described manifests itself in a remarkably unrepresentative, exclusive industry that doesn't feel an urgency to make room for nonwhite performers or creatives. To paraphrase a speech made by actress Viola Davis, who co-stars alongside Washington in Fences, as she accepted her Emmy for How to Get Away With Murder: You can't win awards for roles that aren't there. And indeed, they aren't there: A 2015 study showed that over 10 years, Hollywood's top films featured white actors in 73% of named, speaking roles.

This goes beyond #OscarsSoWhite. Yes, it's frustrating to read Washington dismissing the campaign as an excuse, or to see Daniels call critics of the academy "whiny." But it's especially troublesome to see Tyler Perry accuse his critics of his new, almost-entirely-white-cast show Too Close to Home of "reverse racism" (which isn't real).

It's not his choice of actors for the show that's frustrating; certainly, Perry should be able to direct a show with white leads. Reducing him to a director of only black actors is wrong. But his response isn't constructive or productive. It discounts those who see him as one of the only directors who consistently finds roles for black actors.

When ex-Mashable writer Jeff Sneider declared #OscarsSoWhite to be a thing of the past, he and the site were quickly met with a flurry of backlash. Certainly this will be a more diverse crop of Oscar nominees than the last two years, what with movies like Moonlight, Fences, Lion and Hidden Figures in the conversation — but it's just one year. Hollywood's systemic problems won't be fixed by one crop. (Not to mention that even with such diverse films, the presumed likely best picture winner is still incredibly white.)

To call #OscarsSoWhite "reprehensible," or to write off calls for inclusion as "reverse racism," is exactly how not to fix what's wrong in film and TV. These men represent what happens when progress is made. Now, they're criticizing audiences crying out for more. We need movements like #OscarsSoWhite to affect change — and the industry is desperately in need of that.