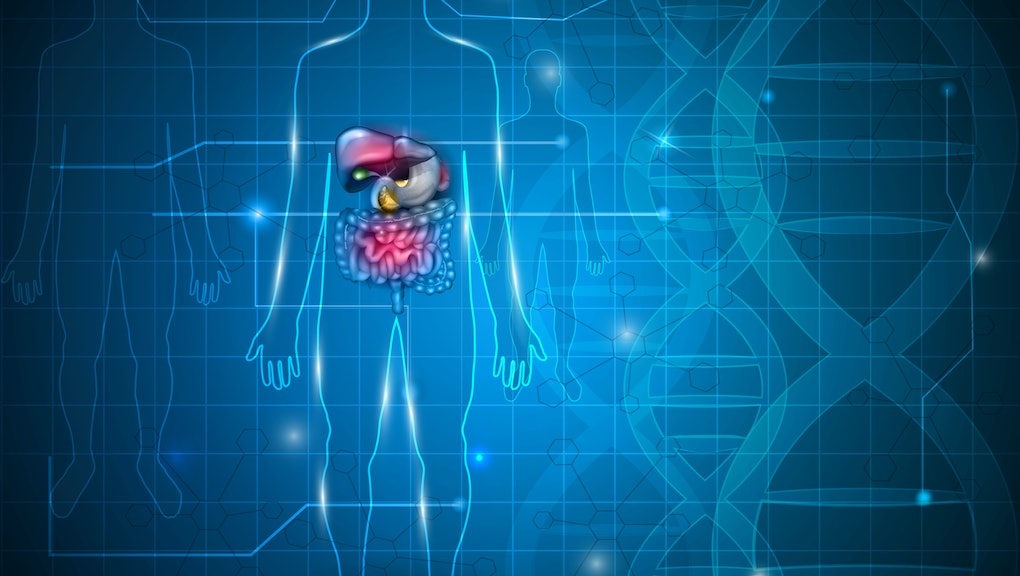 Researchers have identified a new organ in our digestive system

Researchers at Ireland's University of Limerick have officially discovered a new organ, the Irish Examiner reported on Tuesday. So we've all just gained a new body part — sort of.

It's called the mesentery.

After conducting research on what was initially thought to be a "fragmented structure made up of multiple separate parts," surgeons concluded that the mesentery — which connects the intestine to the abdomen — is actually a single, previously unrecognized organ. The research was announced in a university statement back in October, prior to its publication in the Lancet Gastroenterology & Hepatology.

"During the initial research, we noticed in particular that the mesentery, which connects the gut to the body, was one continuous organ," J. Calvin Coffey, a surgeon at the University of Limerick who conducted the research, said in a statement.

"Up to that it was regarded as fragmented, present here, absent elsewhere and a very complex structure," Coffey continued. "The anatomic description that had been laid down over 100 years of anatomy was incorrect. This organ is far from fragmented and complex. It is simply one continuous structure."

What does the mesentery do?

Scientists are still working toward figuring it out, exactly.

According to ScienceAlert.com, the mesentery is "a double fold of peritoneum — the lining of the abdominal cavity — that attaches our intestine to the wall of our abdomen," working to help keep our digestive system "locked in place."

The mesentery has been named for centuries — Leonardo da Vinci even drew it — but it was long believed to be a structure made up of distinct parts. Now that it's been identified as an organ, Coffey hopes to better understand its function.

"Now we have established anatomy and the structure," Coffey said. "The next step is the function. If you understand the function you can identify abnormal function, and then you have disease. Put them all together and you have the field of mesenteric science — the basis for a whole new area of science."

Coffey's research has pushed Gray's Anatomy, the famous medical textbook, to add an update reflecting the mesentery's new status as a unique organ, according to the university's statement.

So we officially have a new organ — but it's been hidden inside us the whole time.