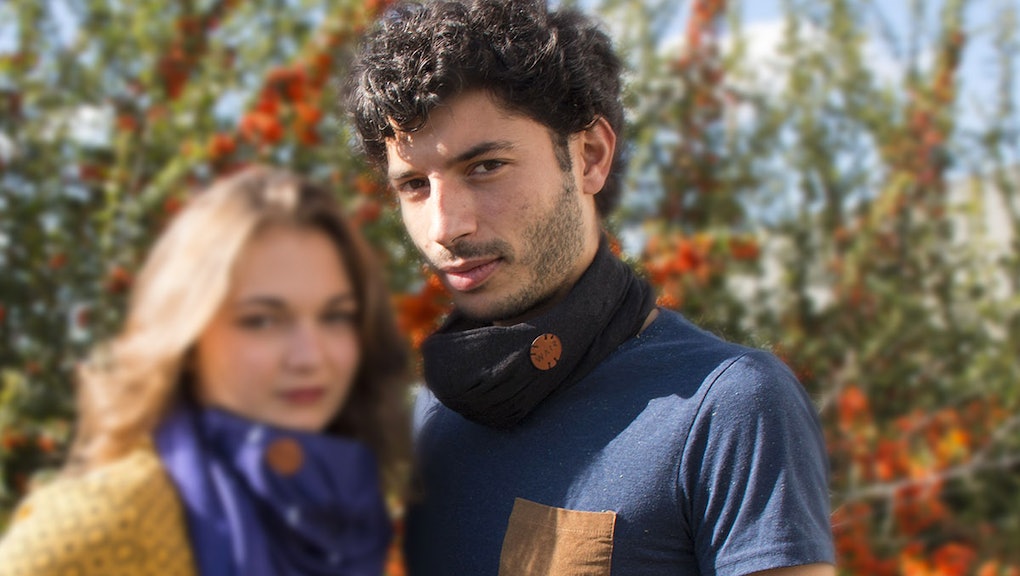 It's no secret that air pollution is detrimental to human health. Dirty air has been proven to wreak havoc on both the cardiovascular and respiratory systems and even lead to premature death, according the World Health Organization. For people living in cities choked by harmful smog, there's very little that can be done besides seeking out gimmicky products — like bottled fresh air — or avoiding the outdoors altogether. That is, of course, until now.

French startup Clausette is hoping to capitalize on air quality concerns around with world with its anti-pollution scarf called Wair. The startup has turned the everyday fashion accessory into a device that it claims can filter out harmful pollutants and bacteria found in poor air.

A small filter and sensor hidden inside the wearable removes bacteria, pollen and pollution up to level of PM0.1., which refers to "ultra-fine" particles less than less than 0.1 microns in size. The device continuously monitors outside pollution in real-time and sends users air quality updates, and it also suggests travel routes to avoid overly polluted areas, all through a companion app called Supairman.

The company's product line ranges from black neck tubes to wrap-around scarves and retails between around $56 and $91.

Here's a closer look at the device: