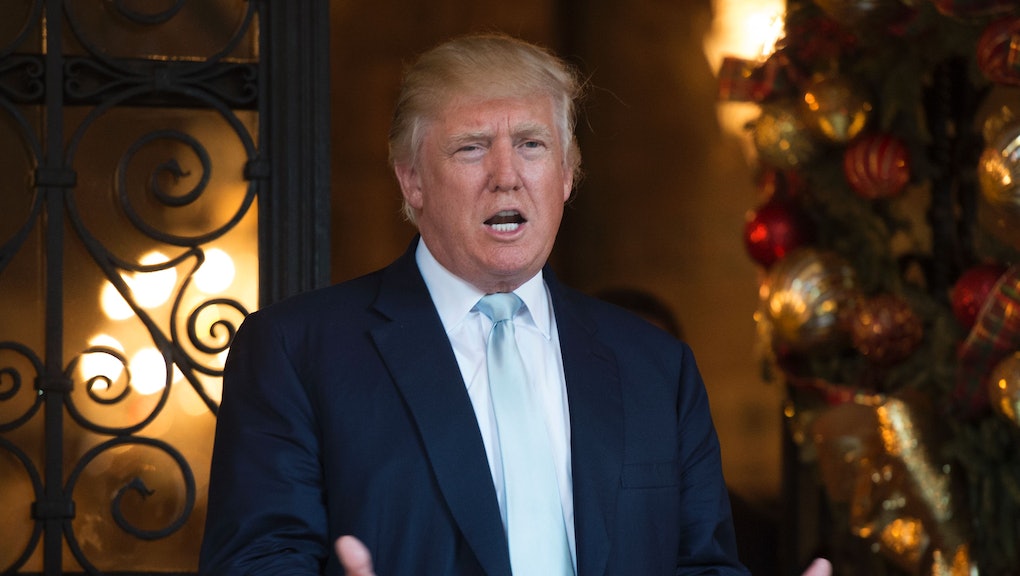 On Tuesday evening, President-elect Donald Trump teased a "general news conference" to be held on Jan. 11 in New York.

Trump spokeswoman Hope Hicks confirmed in an email to Mic Tuesday that the president-elect's team did "anticipate" a discussion of how the president-elect would remove himself from his international business empire as one topic that might be raised at the conference.

The future POTUS bailed on a previously promised news conference on the subject on Dec. 15. When the day came, he instead merely issued a tweet mocking the press.

In a December statement to Mic, Trump spokeswoman Hope Hicks confirmed that the president-elect would move the conference to January.

When asked for more details on Tuesday, Hicks wrote that the newly announced Jan. 11 presser was a "general news conference."

Then, when asked if Trump's businesses would be discussed, she clarified: "We anticipate that will be discussed but it's not specific to that one topic."

Trump has not yet offered concrete details on how he would dissociate himself from his worldwide businesses, which could potentially put him in violation of the Constitution on his first day in office, as several top legal scholars explained to Mic.