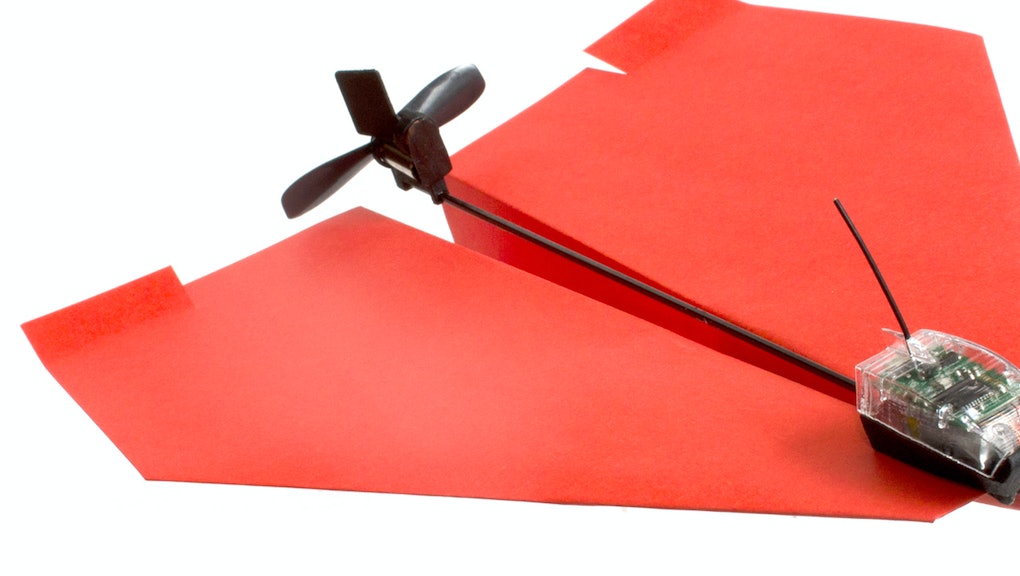 The traditional paper airplane — a go-to distraction for students since the beginning of time — has gotten a much-needed, high-tech makeover. Miami-based PowerUp Toys is making it easier for bored pupils to pester their teachers and peers with a highly sophisticated remote-controlled plane.

The motorized machine works with help from a smart module that, when placed in the middle of a paper plane, can control it using Bluetooth and the company's free app on iOS or Android. Just tilt your phone left to swerve the plane in the same direction or angle it to the right to make it fly for up to 10 minutes on a single charge and as far as 180 feet. Throttle speed, ascend and descend controls as well as battery levels are all handled with one push of button on any smartphone.

Each device comes in its own PowerUp kit that costs $49.99 and includes four paper templates — two sheets for advanced pilots and another two for beginner pilots — along with spare propellers and rudders.

Is the Kickstarter-backed project worth it? Of course, the device can't compare with other popular drones on the market and its build — remember, it's entire frame is made out of paper — means it's not suitable for bad weather, but aviation fanatics would have a hard time finding a similar device that's as versatile as this one for such a low price. At the very least, it's good for bragging rights and a distraction that can easily be adapted for any indoor use.