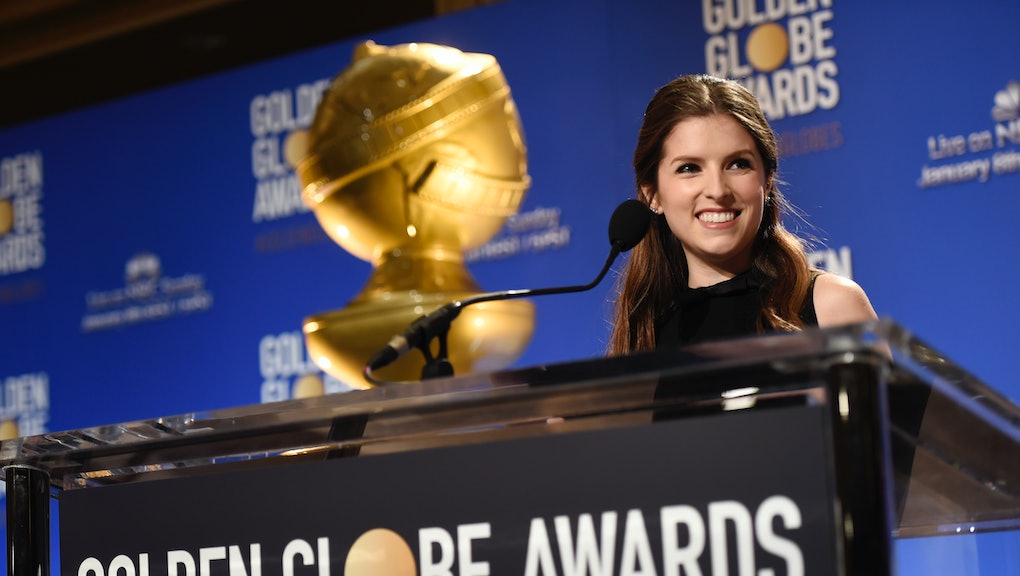 Where to watch the Golden Globes 2017: Start time, channel, hosts and more

While the Oscars are generally considered the greatest prize in film, the Golden Globes have the role of launching awards season. At the 74th Annual Golden Globe Awards, some of the best films from 2016 will be recognized by the Hollywood Foreign Press Association, the body that votes on the awards.

Some early front runners to win some of the top prizes include Manchester by the Sea, Moonlight and La La Land, which may just be the film to beat at the Academy Awards. Whether you watch the Golden Globes to see what everyone is wearing, or because you want to see who wins, we have all the information you need below.

When are the 74th Annual Golden Globe Awards?

The 74th Annual Golden Globe Awards will be broadcast live on NBC Sunday, Jan. 8, at 8 p.m. Eastern. The show is expected to last until 11 p.m. Eastern, but if you will be setting your DVR's, you should probably plan for the show to run a little long.

For those most interested in what everyone is wearing, NBC will air the 2017 Golden Globes Arrivals Special starting at 7 p.m. Eastern. Finally, do not worry if you will not be around a television Sunday night. As long as you (or a friend) have a cable subscription, you can watch all of NBC's coverage on their website.

Who will be hosting the show?

This year, Jimmy Fallon, host of NBC's The Tonight Show, will be master of ceremonies at the Golden Globes. The Saturday Night Live alum had previously hosted the 62nd Annual Primetime Emmy Awards for the network in 2010.

Who will be presenting?

From the Hollywood Foreign Press Association, the presenters at the upcoming Golden Globes are as follows: