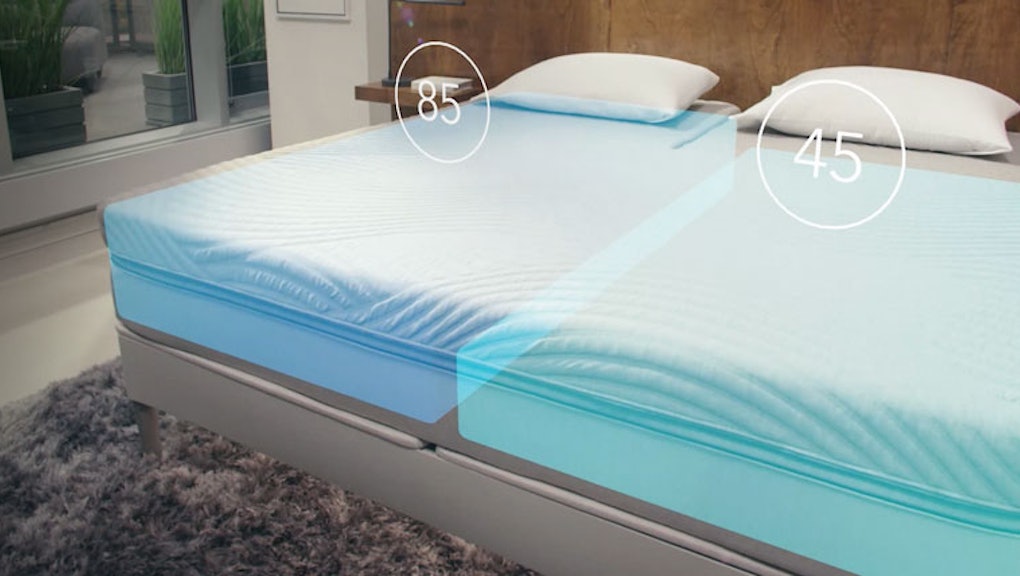 The 360 Smart Bed is self-adjusting, feet-warming and anti-snoring

Do you snore or sleep beside someone who does? Mattress maker Sleep Number claims to have built a contraption called the 360 Smart Bed that not only detects snoring but will also automatically raise the perpetrator's head in order to stop it.

The bed has a self-adjusting feature, which means it subtly moves to match any sleeping position — whether on your back or side — for optimal sleep, which could help more Americans get a good night's rest. That's something most of us are in desperate need of these days. According a 2016 report from the Centers for Disease Control and Prevention, 1 in 3 American adults don't get enough sleep.

Other smart features include feet warming, programmable sleeping goals and routines, as well as its SleepIQ technology, which includes "biometric sensors" to track nighttime data. All data is shared with the bed's companion app that can help analyze sleep patterns, heart rate, breathing rates and act as an alarm clock and connect to other wearables and apps, such as Fitbit and Apple Health.

The Sleep Number bed made its official debut at the Consumer Electronics Show in Las Vegas on Jan. 3, 2016 which means people looking to own one may have a long wait ahead. The new smart beds will go on sale later this year and be "priced similarly" to its other beds, according to its website. The adult mattress has a retail price between $499.99 and $8,299.99 depending on mattress size.