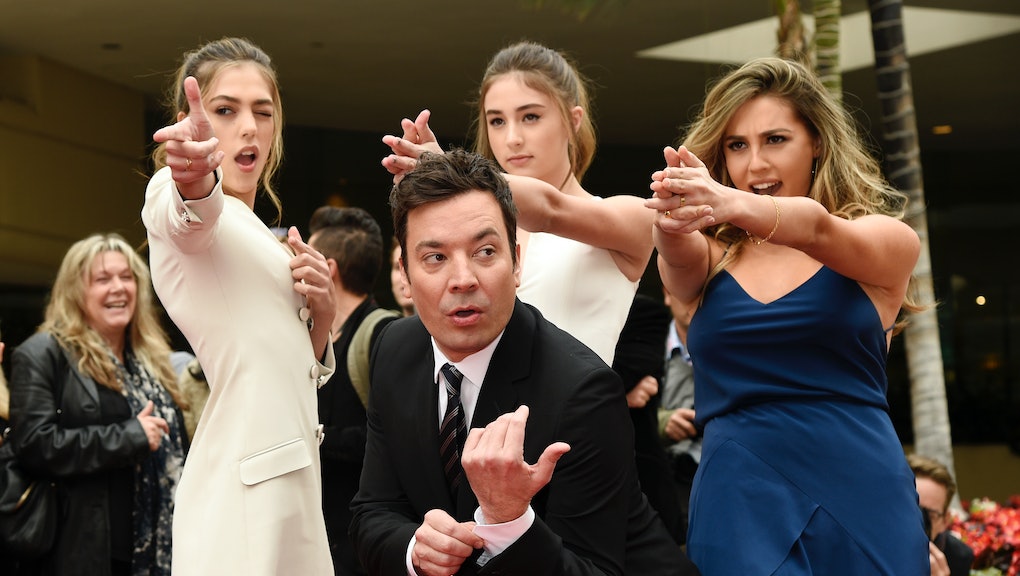 We're in the throes of awards season, and to celebrate the best in film before the Oscars air in late February, NBC will gift us with the Golden Globes, which not only reward the greatest movies of the year, but also the best in TV. The 2017 Golden Globes will air Sunday, Jan. 8, on NBC at 8 p.m. Eastern, and if you can't catch them on a TV screen, don't fret.

The 74th Golden Globe Awards will be hosted by Jimmy Fallon, who's taking over from Ricky Gervais. Scoring the most nominations — seven total — is La La Land, the musical film starring Ryan Gosling and Emma Stone. In the TV world, we have to look forward to several new competing series, including Westworld, Atlanta, This is Us, and The Crown.