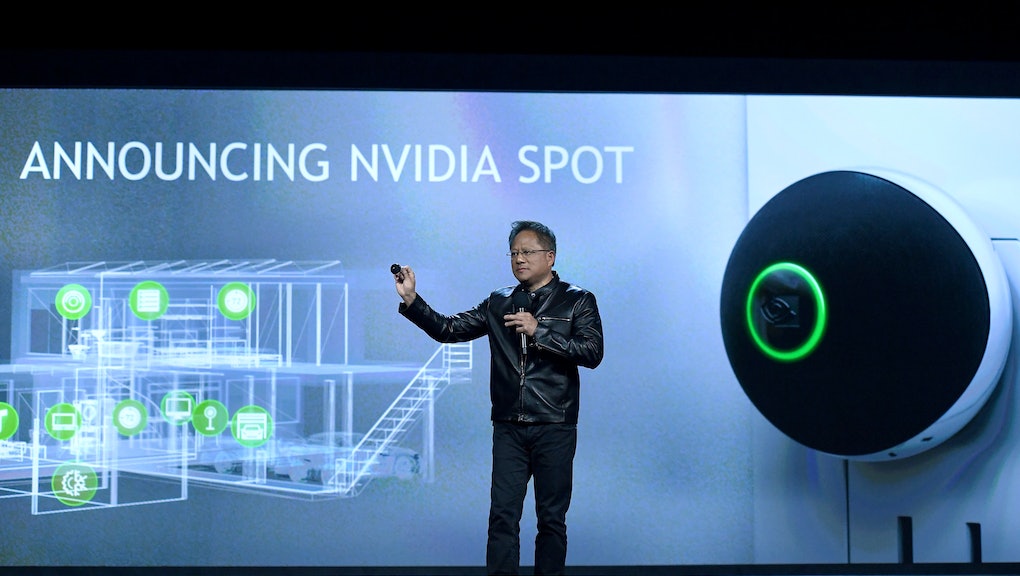 CES 2017: All the connected devices and appliances listening to your every move this year

With a new year comes the annual Consumer Electronics Show and cutting-edge gadgets and gizmos designed to get consumers excited about the latest technology. CES 2017 has shown us everything from razor-thin televisions and underwater drones to "smart" hairbrushes and more, but the biggest trend of this year's show is adding virtual assistants to everything possible.

Alexa's not just for the Amazon Echo anymore. With the help of the company's Alexa Voice Services, any developer can add the Amazon virtual assistant to their device; Google's letting developers do the same with Google Assistant. What this means is even if you don't want a microphone listening to your queries, with 2017's tech, you may not have a choice. And what you gain in convenience you trade for overall privacy, not to mention the possibility of having your appliance hacked.

Here are some of the most disturbing devices listening to everything you say:

Mattel is releasing, as FastCo Design calls it, an "Alexa for kids." The voice-activated speaker does the double duty of including two virtual assistants: Alexa and Mattel's Aristotle. The latter was trained by Mattel to better interpret toddler speak. For those worried Mattel's baby monitor is all ears and no eyes, rest assured it comes with a camera.

To Mattel's credit, the company has learned from its Wi-Fi-enabled Barbie brouhaha. Queries sent to Aristotle's servers are covered in 256-bit encryption, and according to FastCo, the device is compliant with COPAA and HIPAA. If you're dying to have an always-hot microphone in your kids' bedroom, this seems like the one to choose, so long as you don't mind Amazon and Mattel having access to the audio.

It isn't just Amazon's Alexa getting in on the always-listening virtual-assistant fun. At its CES 2017 press conference, NVIDIA announced the update to its Shield set-top box — and a new always-listening microphone along with it.

The NVIDIA Spot works with the company's updated Shield TV attachment and connects to it via Wi-Fi. The Spot plugs right into the wall and uses the Google Assistant to control your TV via the Shield. NVIDIA claims the mic can pick up audio from up to 20 feet away and allows multiple units of the $49.99 mic to be paired to your TV, letting you sprinkle your entire living space with its connected microphones.

Amazon's Echo has been a hit, so much so that other companies are starting to bring forth their own iterations. Last year saw Google throw its own assistant in the ring with Google Home — and now Lenovo is following suit. Like the Echo, the Lenovo Smart Assistant offers a tabletop speaker you can call out to. Unlike the Echo's seven microphones, however, Lenovo's device has eight mics meant to pick up on users' voices from 16 feet away. Yay!

According to the Verge, it's unclear if queries made through the Lenovo Smart Assistant will be archived in Lenovo's app (like they are in Amazon's when using the Echo).

Another Amazon Echo competitor, Olly, not only wakes up when it hears your voice but recognizes whom it's speaking with. The device can accomplish simple tasks — like offer up the latest weather forecast — and also uses machine learning to adjust the virtual assistant's personality and tailor it to a particular user. Interestingly, Olly does not make use of Amazon's Alexa or Google Assistant, and the company's website doesn't say what it does to protect users' queries.

Xiaoyu Zaijia, or Little Fish, is an Echo competitor from Baidu in China. With the wake phrase "xiaoyu xiaoyu," Little Fish offers an always-listening mode similar to Amazon's device. The virtual assistant is housed in a device with a screen, should you want to review the queries being answered. A camera mounted on top of the display can be controlled over the internet from your phone.

Amazon Echo clones that can move

Who says potentially hackable surveillance has to stay in one place? Robots have made their mark at CES 2017 and a few are even powered by Amazon's (nowadays ubiquitous) virtual assistant.

The Lynx robot, as the BBC demonstrated, has an always-on microphone, listening for you to say Alexa's name. Lynx's rigid movements are joined by a camera in the bot's face that can recognize whom it's speaking with and change its responses accordingly. The camera can also be activated via the internet to check on your home while you're at work or on vacation.

Kuri is another always-listening robot demoed at CES 2017. While it doesn't have Amazon's Alexa, the Pixar-like robot does have a built-in 1080p camera and onboard Wi-Fi.

The LG Hub robot does more of the same. While it's not able to physically travel anywhere, the device uses a camera to interpret a person's body language. According to ZDnet, "It is also aware when family members leave the house, return home and go to bed." Fantastic.

There's something weird about the idea of headphones you can listen to that are listening back. Plus, talking to yourself on the go probably feels really weird. But neither has stopped Sensory from realizing its dreams of an always-listening pair of headphones.

Sensory's VoiceGenie allows headphone makers to build Amazon's Alexa into mic-equipped headphones. Consumers can also use the software to access Google Assistant, Siri or Cortana — depending on what phone you're using. Using the prompts "Alexa" or "VoiceGenie," users are able to call forth their assistant as desired. Sensory wants to bring VoiceGenie and its always-listening capabilities to numerous Bluetooth headphones, so expect this technology to be added to a lot more earbuds.

If you've ever been left wanting more from a trash can, Simplehuman has your back. The appliance company can be found showcasing its voice-activated trash receptacles at CES 2017, as spotted by Engadget. While the trash cans aren't connected to the web yet, they will have Wi-Fi functionality coming to the updated version this May.

Clocks, docks and much more

The list of microphone-equipped, virtual assistant-touting smart devices continues to grow and includes clocks like this one from Vobot to a charging dock fittingly called Dok. If you feel bad your food's missing out on the connected fun, LG's refrigerator offers Alexa, too. Though if you rather your audio data go to Samsung instead, the company has you covered.