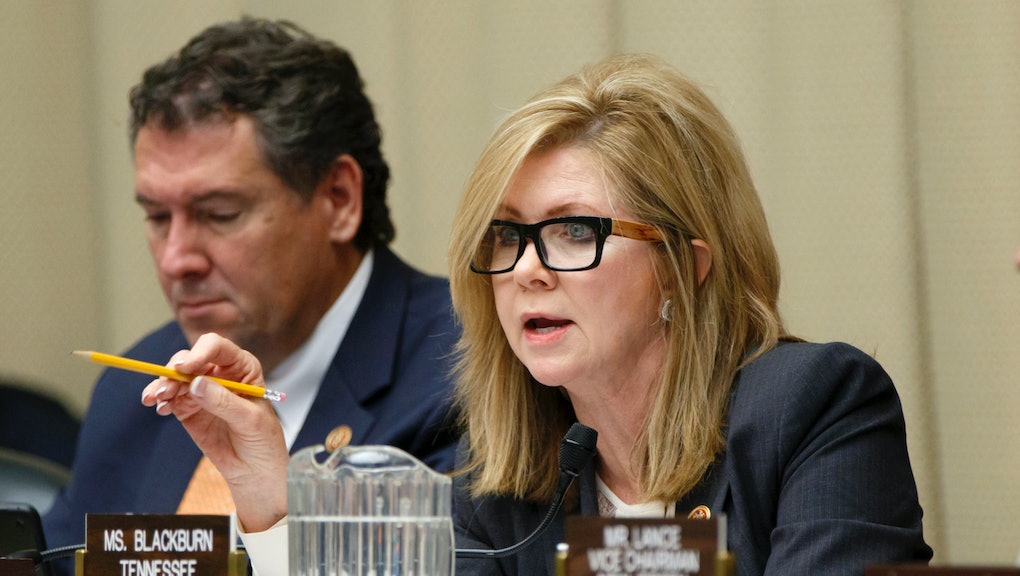 Led by Rep. Marsha Blackburn (R-TN), the panel was established in October 2015 following the release of a series of sting videos by the anti-abortion group Center for Medical Progress, which launched a smear campaign against Planned Parenthood for allegedly profiting from the sale of fetal tissue. CMP's claims, which have since been debunked, inspired several congressional panels to investigate PPFA for wrongdoing, of which they could find no evidence.

Undeterred, Blackburn and several anti-abortion colleagues in the House launched their own $1.59-million investigation — which still failed to find evidence of a market for fetal tissue, let alone Planned Parenthood's involvement in one.

Instead, the panel appears to have focused more on future goals for the 115th Congress rather than past accusations of wrongdoing. In their final report, which was reportedly drafted in secret, anti-abortion lawmakers proposed instituting a federal 20-week abortion ban, which would be unconstitutional, as well as defunding Planned Parenthood, which President-elect Donald Trump has already vowed to do.

The report also recommends establishing an office within the Department of Justice to enforce the so-called Partial-Birth Abortion Ban Act and Born-Alive Infants Protection Act. Additionally, the GOP authors suggest withholding appropriations from the National Institutes of Health unless the agency — the largest biomedical research group in the world — meets extremely restrictive standards for using fetal tissue in lifesaving medical research.

In other words, the investigative panel has presented over 400 pages of anti-abortion lawmakers' most far-reaching hopes for restricting abortion access and curtailing reproductive rights. The likelihood of following through on all of the proposals is slim; establishing a new DOJ office to enforce anti-abortion laws, for instance, would require additional government spending. However, some of the measures the report calls for, such as defunding key family planning programs, are already on Congress' agenda this term.

The efforts most likely to succeed — like defunding PPFA — would have devastating effects on people with low incomes and women of color especially, not to mention public health overall. Yet despite including a recommendation to defund abortion providers in its final report, the Republican contingent of the panel insists the investigation wasn't about Planned Parenthood.

"This is not about Planned Parenthood; it's about abortion practices and fetal tissue procurement," Blackburn aide Mike Reynard said in an interview with Newsweek. "Planned Parenthood isn't mentioned anywhere in the resolution. I don't know why everyone is so confused by that."

While it would seem much of the panel has ignored the consequences of restricting access to basic health care over unsubstantiated claims of wrongdoing, not every member agrees with the recommendations in the final report — specifically, some of the Democrats who were excluded from drafting it.

In a severe statement released on Tuesday, the panel's ranking minority member, Rep. Jan Schakowsky (D-IL), condemned the report's suggestions, calling the document "illegitimate." She also excoriated Republicans for "chasing inflammatory lies being peddled by anti-abortion extremists" and insisted "history will not look kindly upon this panel."

"This Select Investigative Panel leaves behind a legacy of lies, intimidation, and procedural misconduct," Schakowsky said. "It will be remembered, like the House Un-American Activities Committee and McCarthy hearings for its excesses and abuses of power."