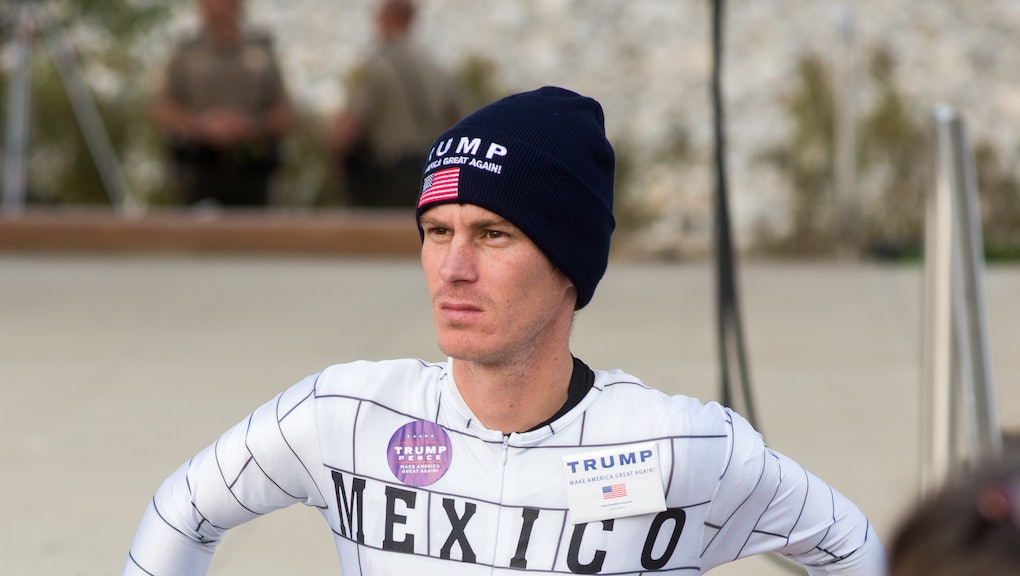 Donald Trump will ask Congress to pay for the wall, breaking yet another promise

President-elect Donald Trump hasn't even entered office, but he might already be breaking one of his signature campaign promises.

Instead of having Mexico pay for his proposed border wall between the United States and Mexico, Trump's transition team is now asking Congress to appropriate the funds for the project, CNN reported Thursday night.

Trump's pledge that Mexico would pay for a wall between the U.S. and its neighbor to the south was one of his biggest promises during the campaign.

At rallies, he'd engage his crowds in call-and-answer chants, asking the audience who would pay for the wall and getting loud replies of "Mexico!"

Trump confirmed that he's asking Congress to pay for the wall — but said Mexico will reimburse the U.S. for the cost, a claim that is not based in any fact, given Mexico's previous statements.

In fact, Trump visited Mexico during the campaign and current Mexican President Enrique Peña Nieto told him in no uncertain terms that his country would not pay for the wall.

"At the start of the conversation with Donald Trump, I made clear that Mexico will not pay for the wall," Peña Nieto tweeted after meeting with Trump.

Twitter excoriated Trump for already reneging on a campaign promise, 14 days before he's set to be sworn in.

The cost of Trump's proposed border wall soars into the billions, with no clear plan of where those funds would come from.

If the GOP Congress agrees to pay for the wall, they'd be breaking their own promise not to run up the national debt.