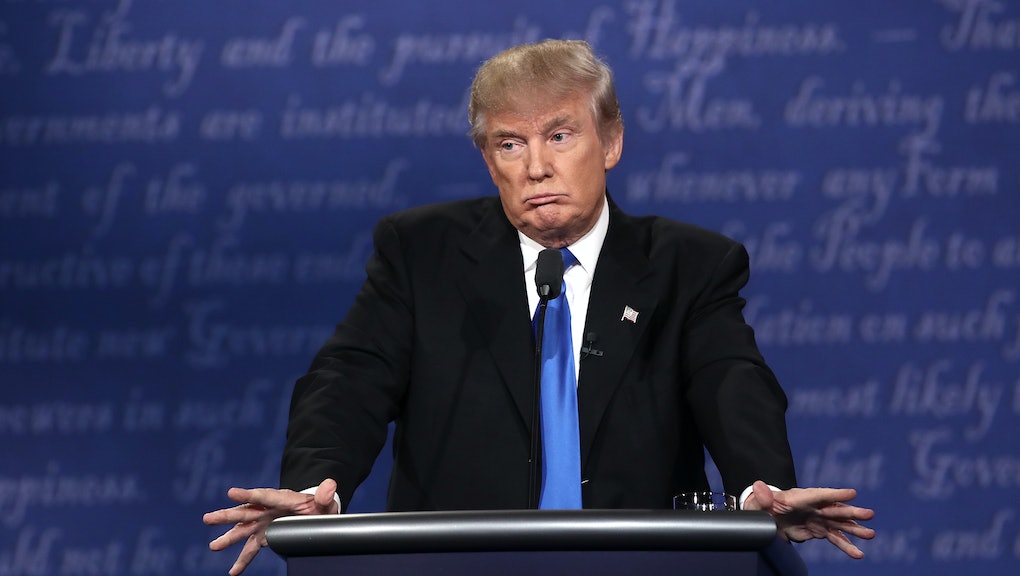 Donald Trump Lawsuits: Here are the cases to watch in 2017

Donald Trump was deposed for more than an hour Thursday in a $10 million lawsuit he filed against José Andrés, the celebrity chef who backed out of a deal to open a restaurant at Trump's Washington hotel over the president-elect's racist campaign comments about Mexican immigrants.

The lawsuit is one of two Trump filed against celebrity chefs who decided not to open a restaurant in Trump's D.C. hotel. The other chef, Geoffrey Zakarian, told the Village Voice he pulled out of the deal because Trump "fucked up...he opened his fucking mouth."

These lawsuits underscore the complex web of business entanglements the president-elect is caught up in, and are just two of many lawsuits that will likely not be resolved by the time Trump assumes the presidency.

Trump's history of litigation is unprecedented for a U.S. president-elect. According to USA Today, he has been involved with a mammoth 3,500 legal cases on one side or another.

One of the highest profile cases — a series of fraud lawsuits against his scam Trump University — was settled in November, just after the election. (Pam Bondi, the Florida Attorney General who declined to investigate Trump University after receiving an illegal donation from the Trump Foundation, is expected to receive a White House position, multiple outlets reported Thursday.)

But there are at least dozens of others that remain outstanding. Here are some of the cases to watch as the Trump presidency begins:

Trump is seeking at least $10 million from each of the celebrity chefs who won't be opening restaurants in Trump's hotel a few blocks from the White House.

Andrés countersued Trump on the basis that his inflammatory comments were hurting his business.

On Twitter, Andrés suggested ending the lawsuits and donating to a veterans group instead.

Meanwhile, Trump's case against Zakarian appears to be headed for trial, with a preliminary hearing slated for May.

Lawsuits over violence at campaign rallies

Violence frequently broke out at Donald Trump's campaign rallies, often with the encouragement of Trump himself. "Knock the crap out of them, would you?" Trump said at one rally, referring to protesters. He also offered to pay the legal fees for any supporters arrested for roughing up protesters.

Trump is currently involved in a number of lawsuits stemming from the violence at his rallies.

One was filed by three protesters who say they were assaulted at a Louisville Trump rally in March 2016. The plaintiff attorneys have requested Trump be deposed in the case before he's inaugurated Jan. 20, something Trump's team is fighting.

There were also allegations of violence within the campaign itself. A former Trump staffer filed a lawsuit alleging that a loaded gun was pulled on him by the State Director of Trump's campaign in North Carolina and that the campaign did nothing about it when the staffer reported it.

Trump's companies over the years have faced allegations of sexual harassment.

In July, a female employee at Trump National Golf Course in Florida filed a lawsuit claiming that she was fired after complaining about being sexually harassed by a colleague.

In 2015, an employee at Trump National Golf Course in New Jersey filed a suit alleging that he endured extreme anti-gay harassment at work — and that supervisors witnessed the discrimination and did nothing. In addition to regularly being called a "faggot," the employee also described a particularly disturbing incident in which he had a rock thrown at his head and suffered an injury that required hospital treatment.

Trump himself has been accused of sexual misconduct over the years, including a claim in the 1990s that he raped his ex-wife. In October, Trump threatened to sue the women who had accused him of sexual assault.

Donald Trump has a long history of allegedly stiffing the workers and people he does business with.

The latest allegation comes from contractors who claim they have not been paid for work they did on Trump's hotel in Washington D.C. Two contractors have filed liens against the president-elect's hotel for the more than $3 million they are owed.

Trump may not be able to keep his name on the lease of the new luxury hotel, either. Language in the contract between the General Services Agency and the Trump Organization appears to prevent elected officials from benefiting from the contract. The hotel represents another likely conflict of interest for the businessman-turned-president-elect, who said he plans to hand off his business dealings to his children.

Trump's charity, the Donald J. Trump Foundation, has also come under scrutiny for shady practices. The foundation appears to have operated as a self-dealing operation to further his own interests, and remains under investigation in the state of New York, although he dissolved the foundation in December.

Eric Trump's foundation has also come under scrutiny, and he announced he was suspending operations earlier this week.