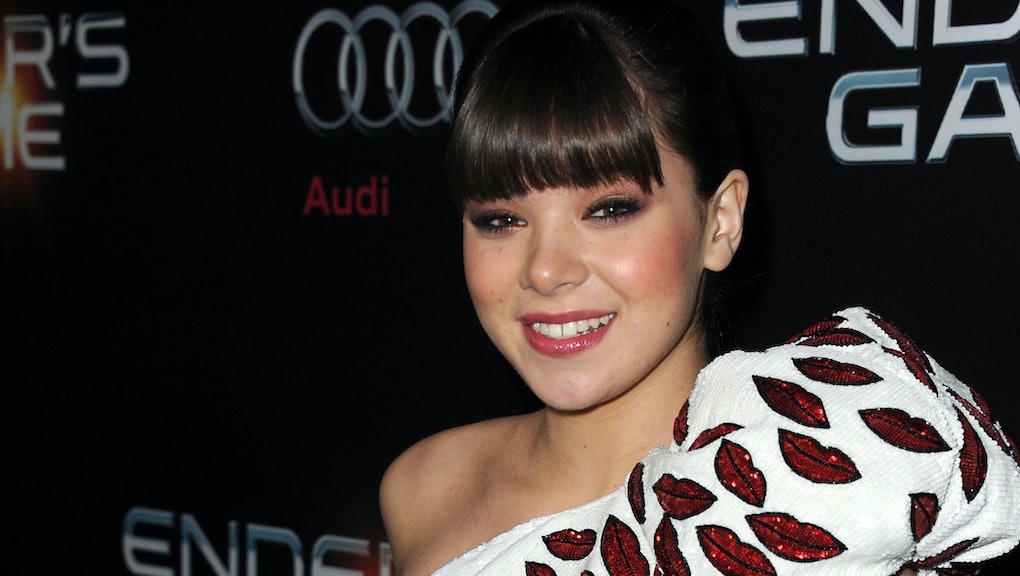 We need to talk about Hailee Steinfeld's, erm, fashions

First things first, Hailee Steinfeld is a beautiful young woman. She's also remarkably talented. These are facts, the latter of which was confirmed in 2011 when a then-14-year-old Steinfeld was nominated for the best actress in a supporting role Oscar for her turn as Mattie Ross in True Grit.

In 2016, she earned rave reviews both for her Golden Globe-nominated performance in The Edge of Seventeen and for her single "Starving," which hit No. 5 on Billboard's mainstream Top 40.

She's seamlessly inserted herself into a famous girl squad, starred in a cult favorite franchise and even served as the face of a major clothing brand. But there's one aspect of celebrity she just hasn't quite conquered just yet: red carpet fashion.

"We're just not afraid of trying things that are different," she told the magazine in November 2015. "That's always been our mantra when it comes to the red carpet."

Now, Steinfeld is no fashion disaster. On a number of occasions, Steinfeld has showed up to various events in gowns that could easily garner her "best dressed" awards.

This was no anomaly either.

It's just that when Steinfeld misses the mark, she tends to really miss the mark.

But, hey, better to be a sartorial risk-taker than someone who only ever plays it safe. So while we some of these looks might best remain in a tightly-sealed vault never to be opened again, Steinfeld's fashion wins far outweigh the disasters.