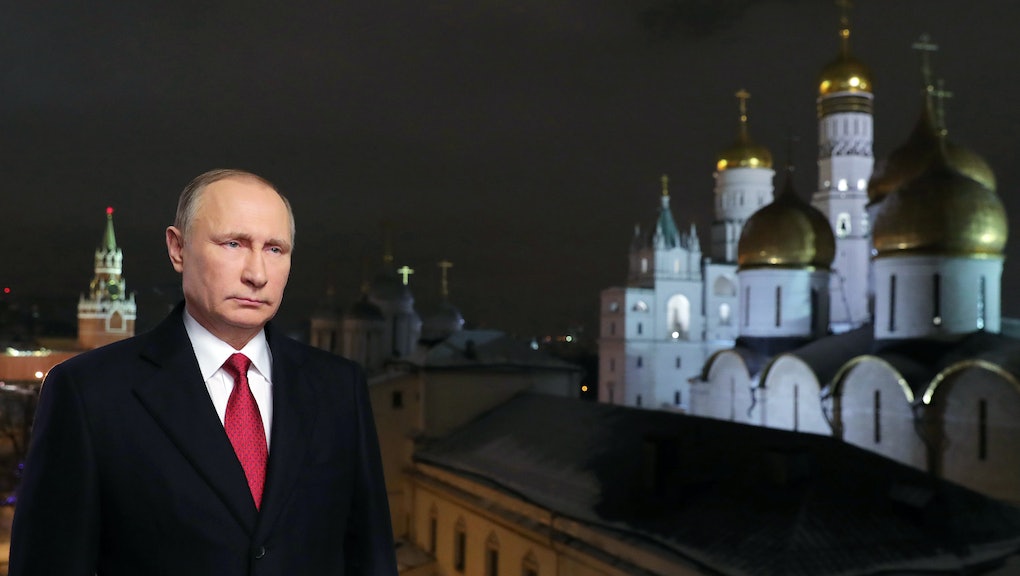 Russian President Vladimir Putin personally directed an attempt to harm Democrat Hillary Clinton's chances of winning the 2016 U.S. presidential election, according to an intelligence report declassified and made public Friday.

"We assess Russian President Vladimir Putin ordered an influence campaign in 2016 aimed at the U.S. presidential election," the report from the Office of the Director of National Intelligence says. "Russia's goals were to undermine public faith in the U.S. democratic process, denigrate Secretary Clinton and harm her electability and potential presidency."

"We further assess Putin and the Russian government developed a clear preference for President-elect [Donald] Trump. We have high confidence in these judgments."

The report, "Assessing Russian Activities and Intentions in Recent U.S. Elections," noted that Moscow has for years attempted to meddle in American politics, but 2016 operations "demonstrated a significant escalation in directness, level of activity and scope of effort."

As to motivation, the report said among other things that "Moscow also saw the election of President-elect Trump as a way to achieve an international counterterrorism coalition against the Islamic State in Iraq and the Levant."

Intelligence officials have said the Russians routed damaging hacked material including internal Clinton campaign emails through WikiLeaks, although the founder of the site, Julian Assange, has denied being Putin's pawn.

Trump, who lost the popular vote to Clinton but won the Electoral College in a decision confirmed Friday by Congress, received a briefing from top intelligence officials at his Manhattan, New York, headquarters earlier Friday.

Afterward, Trump said in a statement that cyberattacks had no impact on the integrity of his victory.

The declassified report dovetails with Trump's contentions in that it specified that the Department of Homeland Security had concluded "the types of systems Russian actors targeted or compromised were not involved in vote tallying."

Many congressional lawmakers have called for an investigation into reports of Russia's cyberassaults on the United States, with some even calling for a muscular response.