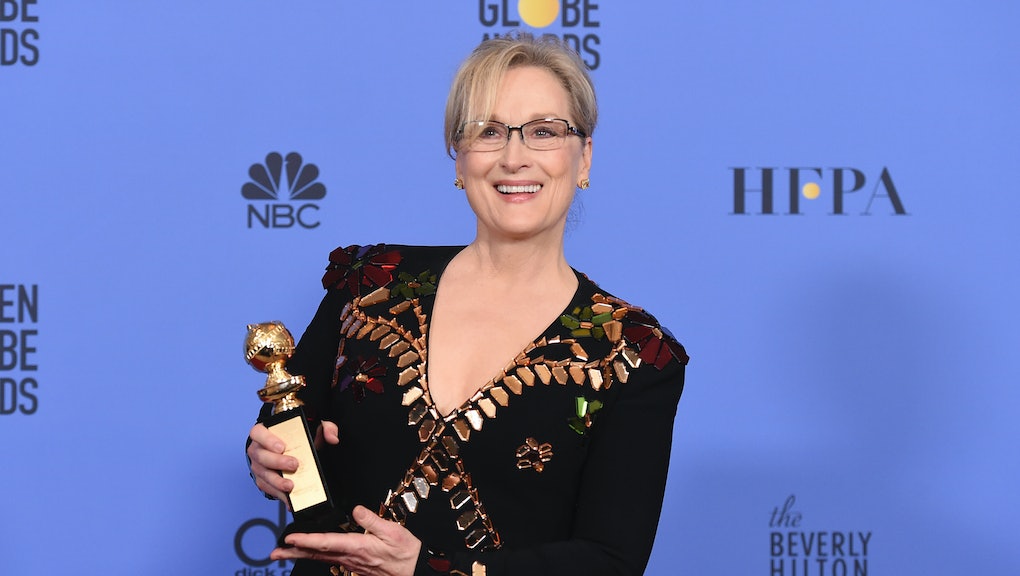 Conservatives think Meryl Streep's Golden Globes speech was elitist and out of touch. It wasn't.

Meryl Streep accepted the Cecil B. DeMille Award for lifetime achievement at the Golden Globe Awards on Sunday and used the opportunity to give one of the night's most memorable speeches.

"There was one performance this year that stunned me," the actress said. "It was that moment when the person asking to sit in the most respected seat in our country imitated a disabled reporter — someone he outranked in privilege, power and the capacity to fight back. It kind of broke my heart when I saw it, and I still can’t get it out of my head, because it wasn’t in a movie. It was real life."

Streep was talking about President-elect Donald Trump. In November 2015, at a campaign rally in South Carolina, Trump visibly stiffened his body and jerked it back and forth imitating Serge Kovaleski, a New York Times reporter who has arthrogryposis, a condition that makes it hard for him to extend his joints.

Streep went on to praise diversity in Hollywood and the media's role in democracy. "We need the principled press to hold power to account, to call him on the carpet for every outrage," she said.

As Streep's speech ended, Meghan McCain — a conservative columnist and co-host on Fox News — tweeted that the actress's attitude was the reason Trump won the election:

If it's at all unclear what McCain meant by that tweet, The Blaze host Tomi Lahren was more explicit:

It's hard to believe it's come to this. Streep saying that a presidential candidate should not mock disabled people — and that diversity is good for art, and a free press is good for democracy — is seen now by conservative pundits as elitist and out of touch.

Human decency should be bipartisan. But if the Trump campaign taught us anything, it's that interpersonal cruelty is an effective weapon, and one the right is willing to unleash so long as it helps their candidates win elections.

The result is a nation in which kindness toward minorities is political, and once-tenuously held beliefs that diversity and free speech are desirable have fallen out of favor. Streep's address should be uncontroversial. It fell more or less in lock-step with the standards of behavior many ordinary Americans teach their children — and expect from one another — every day. If these values are suddenly inconsistent with our beliefs now that Trump is taking over the White House, it's worth asking ourselves what kind of country we really are, and what kind we wish to be.