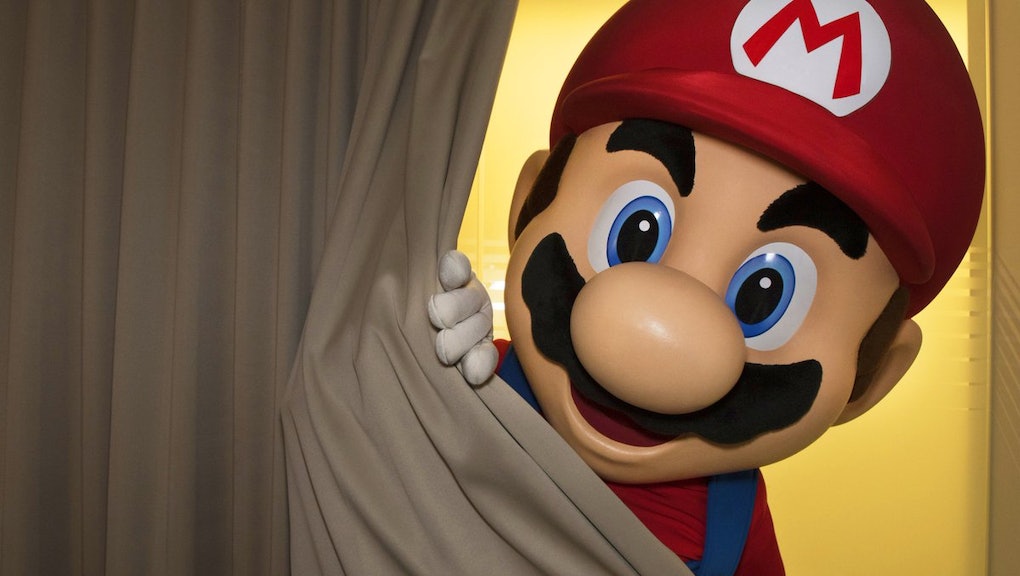 Look, I get it. The Nintendo Switch event is just a few days away, so everyone is clamoring for leaks and rumors about its specs and launch games. One alleged leak that's somehow gained traction the past day or so is the (admittedly hilarious) rumor of a Nintendo Switch remaster of Hotel Mario, a 1994 game so infamous it has a spot on a Wikipedia page called "List of video games notable for negative reception."

Nintendo Switch Hotel Mario HD Rumors: Why are we even talking about this?

The rumors were seemingly sparked by this tweet, featuring images the writer said they grabbed from 4chan:

It appears to show an image of a remastered version of a cut-scene from Hotel Mario, rendered as if to suggest it was sneakily snapped in the midst of a work day in the Nintendo development offices.

Whether or not this has gained traction because people think it's real or people just think it's funny, it bears repeating: No, Nintendo is not bringing this abomination back from the depths of hell. Ever. If they do, you can punch me in the face.

If you take a look at the replies to the tweet embedded above, you'll see that someone identifies the source of the image as an illustration posted to Tumblr in October by theweegeemeister, whose description calls the page a "Dedicated side art blog 'bout Mario and Nintendo."

You might be wondering, "OK, but Hotel Mario can't have been that bad, can it? It just sounds like something cute and quirky, like Luigi's Mansion." I assure you, dear friend, it was that bad.

If you need more evidence that Nintendo would never, ever release Hotel Mario HD, just take a look at this supercut of the game's main cut-scenes that n64chick uploaded to YouTube. It speaks for itself.

Moral of the story: No, Hotel Mario will never come back. Please. God no.

Check out more Nintendo Switch coverage, including Mic's reports on whether the console will be backwards compatible, if more characters are coming to Smash Bros., which current games we want high-definition remakes of and information about the upcoming Nintendo Switch event.