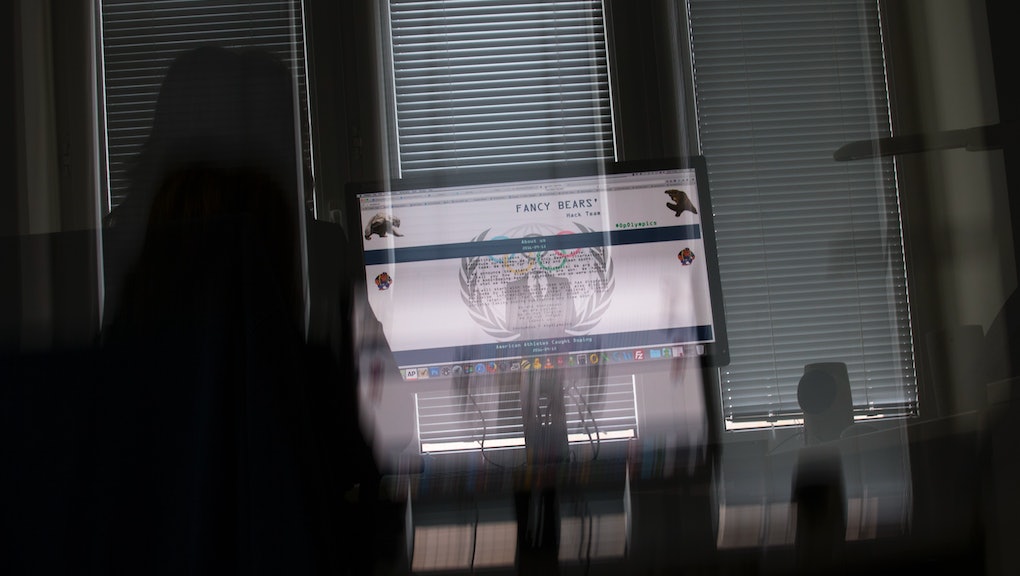 Since the election of Donald Trump, Democrats have been obsessed with one question: What the hell is going on with Russia's online assault on the election?

The latest report from the U.S. intelligence community didn't draw any hard-and-fast conclusions about the impact of Russia's hacking on the election. But it did bring into focus a tactic of foreign information campaigns journalists and intelligence officials know quite a bit about — trolls.

How do they do it? Here's everything we know.

They've been at it for awhile

For the better part of the past decade, social media campaigns featuring legions of Russia-loving patriots have been a key strategy in the Russian fight against dissident views at home.

These trolls aren't special agents sitting in darkened rooms in the heart of the Kremlin. Instead, they're often white-collar workers in nondescript offices throughout Russia, as reported by Adrian Chen for the New York Times Magazine in 2015. Often, it's hard to trace these workers to Putin and his close associates.

According to Andrei Soldatov, an expert on Russian internet security, the Kremlin employs a network of proxy groups, security agencies and youth brigades to do this kind of online dirty work.

According to Andrei Soldatov, an expert on Russian internet security, the Kremlin employs a network of proxy groups, security agencies and youth brigades to do this kind of online dirty work.

Russian leaders maintain plausible deniability by using a maze of proxies and surrogates.

"People inside the administration of the president have license from Putin to do things considered too risky by reluctant security agencies," Soldatov told Mic shortly after the hack on the Democratic National Committee. "So the idea is to use pro-Kremlin youth movements to find hackers and mercenaries that will do dirty jobs. It's proven to be really effective."

As Soldatov wrote in his 2015 book, The Red Web, this practice goes back to 2009, when the Kremlin launched a "school of bloggers" that taught an inaugural class of 80 people to start information campaigns online. At first, armies of information warriors targeted liberal media and bloggers within the country, monitoring platforms like Twitter and LiveJournal.

Eventually, the campaigns spread beyond Russian borders, bringing the information wars into the comment sections of the Guardian and other western outlets. Soon, they began establishing quasi-news propaganda outlets and online video networks, all with their own popular anti-American bloggers and personalities, according to Soldatov.

They play the troll standards

These Russia-backed trolls also astroturf — a term referring to the practice of drumming up fake grassroots support for a cause, a classic trolling technique.

Pro-Kremlin trolls, however, aren't the only ones who do this. Democrats have even played a softer-edged version of this game. Paid staffers of Clinton's campaign in 2007 were caught spreading pro-Clinton messages in progressive organizing groups online using fake accounts, though the busted staffer insists it was done without Clinton's knowledge.

And then, during the 2016 election, a pro-Clinton super-PAC dedicated $1 million to a project called Barrier Breakers, which hired internet trolls to fight with people over Clinton talking points on social media.

Russian trolling is different than Russian hacking. A troll's job is relatively simple compared to sophisticated hacking. Pro-Kremlin trolls simply identify anti-Russian sentiment on social media — or any journalism in opposition to the Kremlin's agenda — and brigade it with negative comments, downvotes and attacks. And sometimes, mainstream American media is happy to pick up those talking points and run with them.

As for the Russian propagandists, it bears repeating that there's no way of tangibly measuring the effects of social media trolls on the election. But as social media becomes a primary source of political news, the existence of a paid commentariat emphasizes the need for voters to be extra diligent when looking for accurate sourcing and reliable reporting.

In lieu of that, though, you might just want to take everything from a source you don't know with a grain of salt — and definitely skip the comments section.