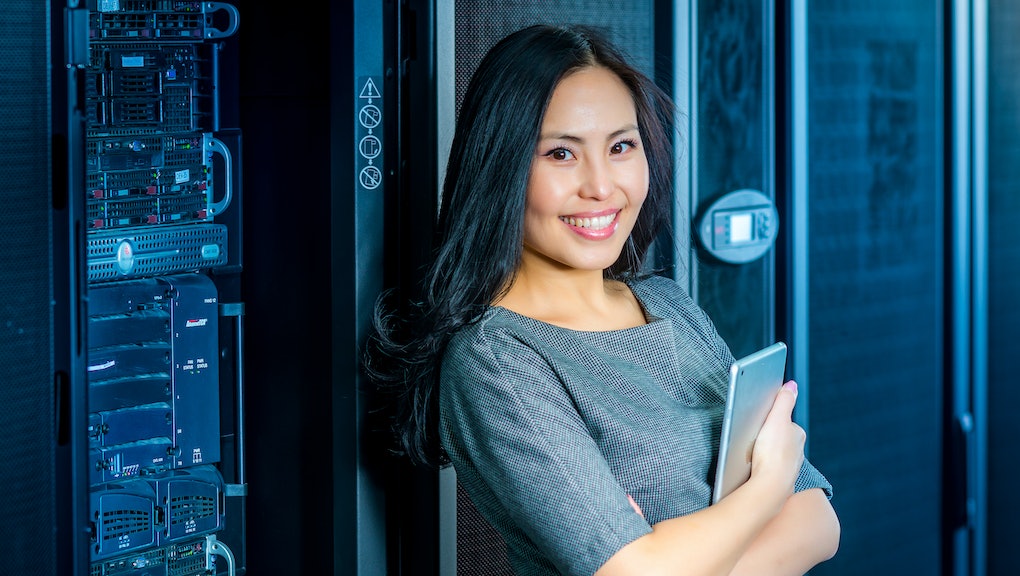 Most top-earning jobs require grad school, but maybe you don't have the stomach for more schooling — or debt.

After taking on an average of $37,000 in student loans (potentially more if you are black) to complete an undergrad degree, you may not have the resources or appetite for more school.

But if you know where to look and have studied in-demand fields (such as the STEM fields: science, technology, engineering and mathematics), there are high-earning, fast-growing jobs that do not require advanced education.

These are the 17 highest-paying, strongest-growing jobs that do not require a graduate education, according to the most recent data from the Bureau of Labor Statistics.

All of these jobs pay an annual median income of more than $75,000 with the top three bringing in more than $100,000. What's more, all of these jobs have a projected growth rate of 10% or more; some positions, such as personal financial advisor or operation research analyst, have growth rates of 30%.

Compared to America's average median income of $36,200 and average growth of 7%, these positions are very attractive.

This is not to diss the master's degree — but for these jobs, grad school is merely optional. People with master's graduate degrees earn an average of $17,000 more than those with just an undergraduate degree. Many of these positions may pay even more if you're have a master's, which may be encouraged or even subsidized by your employer.

Many positions require a blend of technical experience and real-world applications.

While some of these positions do require additional certifications, none require an advanced degree.

Examiners will have a bachelor's degree with coursework in accounting, finance and economics. Demand for examiners has gone up, giving the role a projected 10% growth rate between 2014 and 2024.

The rise is a result of increased financial regulations, including the establishment of the Consumer Financial Protection Bureau. President-elect Donald Trump would like to gut that agency and reduce government regulations across the board. This may drive down demand for examiners in the near term.

Operations research analysts use advanced mathematical and analytical strategies to help companies and organizations delve into complex issues, solve problems and help decision-makers move forward with informed choices. While no advanced degree is inherently required to become an operations research analyst, some employers may prefer candidates that have one. Most candidates will have extensive mathematics coursework covering subjects such as statistics, calculus and linear algebra, since the job is centered around quantitative analysis.

People in this position may also have backgrounds in technical fields like technical engineering, computer science, analytics or mathematics, but less-technical backgrounds like economics or political science are also useful in this multi-disciplinary field. The demand for analysts continues to grow, with the field expected to expand by 30% between 2014 and 2024.

The growth is driven by the ease and accessibility of technology to provide more evidence-based data to organizations and companies in order to drive their decisions. The lowest-paid 10% earned less than $44,000 and the highest-paid 10% of analysts earned more than $133,000.

Providing advice to corporate and individual investors, financial analysts look at the performance of stocks, bonds and other investments to gauge which moves will be positive for the client. While a master's degree is not required for this position, it's often helpful if the analyst wants to eventually become a portfolio manager or a fund manager.

Job growth in this field is determined by the regulator landscape. The currently projected growth of 12% between 2014 and 2024 is tied to increasing regulations. Growth could increase under less regulation. Still, it is a competitive field with far more people trying to get jobs than there are jobs available — thus certifications and education will help candidates stand out. The lowest-paid 10% of financial analysts earned less than $49,450, while the highest-paid 10% earned more than $160,760.

As efficiency experts, management analysts (often called management consultants) guide decision-makers toward improving the speed and or quality of organization's work. These professionals are constantly on the lookout for higher profits through reduced costs and increased revenues.

The projected growth of 14% between 2014 and 2024 is driven by increasing competition among corporations for more efficient strategies. Industry-specific consultants will be in demand, particularly in health care and technology. The lowest-paid 10% of management analysts earned $45,970 and under. The highest-paid 10% earned more than $150,220 in median annual income.

Additional licenses, certifications or registrations: Certification is not required but legitimizes an administrator's experience; some employers may require that a hire is certified in a certain product. Certification is usually given directly from software vendors or third-party certification providers.

The job growth projection of 11% between 2014 and 2024 is because of the insatiable data demands of companies of all sizes. Increasing numbers of databases, including medical records, housed in the cloud will increase the demand for database administrators.

Much of the growth in this field — which is projected to expand by 12% between 2014 and 2024 — is driven by the need for more efficient use of our natural resources, such as water. Because of regulations put in place to protect them, environmental engineers are needed to ensure municipalities are operating within the rules.

As more companies become reliant on data and information technology, the demand for analysts to build these systems will increase. The field is expected to increase by 21% between 2014 and 2024. The lowest-paid 10% of computer systems analysts earned less than $51,910. The highest-paid 10% earned more than $135,450.

An increasing demand from an aging population for more technological services and items — including those accessed via a smartphone or built with a 3-D printer — are driving the projected 23% growth between 2014 and 2024 in this industry.

Personal financial advisors might run their own show or work as part of a larger office of financial planners. Either way, the entry-level education needed to get started is a bachelor's degree.

Two things buoy this job's strong projected growth of 30% between 2014 and 2024. First, the aging population, including baby boomers, will continue to need financial planning assistance with retirement, estates and investments. Additionally, employers are continually moving away from in-house pensions to personal retirement accounts, which financial planners can assist with in a way they did not need to with the disappearing pension plans. There is a heavy lift with additional licenses, certifications and registrations — some are optional, many are not.

Like many other jobs on this list earning a master's degree — in this case in business administration or finance — could prove useful in improving an advisor's chances of moving into management or even just attracting new clients. The lowest-paid 10% of financial advisors earn $39,000 and the highest-paid 10% make $187,000.

Geoscientists, who study the Earth to discover its history, what is happening to it currently and its projected future, often split their time between working in laboratories or offices and working in the field outside.

The 10% projected job growth between 2014 and 2024 is spurred by our need to find renewable energy sources and to sustainably manage the resources we have. The lowest-paid 10% of geoscientists earned less than $47,250. The highest-paid 10% made more than $187,200 in annual median income.

The increasing use of cloud services by small and medium sized companies that don't have an house information technology team will also increase the demand for outside security analysts to protect the data.  The lowest 10% of information security analysts earned less than $51,280. The highest 10% made more than $143,770.

Medical and health services managers — who also go by the title health care executive or health care administrator — are the leaders who plan, coordinate and strategize medical services for an institution.

In some cases they are the head of a facility, in others they lead a particular sub-speciality. In either case they are in charge of keeping on top of health care laws and change in regulations as well as advances in medical technology.

Vital to the insurance industry, actuaries use statistics and financial theory to calculate risks and costs. The work of actuaries can aid companies in identifying and avoiding risks across their span of operations and help businesses and other clients develop policies to minimize the costs of risks.

The field of actuaries is small but is expected to grow by 18% between 2014 and 2024. The driver of this growth is the continued need for their services by insurance companies, but also because they can help businesses assess their own risks: enterprise risk management.

Software developers who create applications are the creative minds designing and building the programs you use to do things on your device or computer. There is a huge demand for computer software as individuals and businesses are constantly looking to expand on what they can do with their computers and handheld devices.

Building the systems underlying the applications is the work of the systems software developer. This professional designs the operating system that makes a consumer device or computer work, for example, or creates a platform for a company or organization to use in-house.

Petroleum engineers design and build systems for extracting oil and gas from beneath the Earth's surface.

As with most jobs in the petroleum industry, the demand for these positions is affected by the cost and demand for oil and gas. When prices are high, engineers are in demand, as companies want to push into more challenging areas. The field is projected to grow by 10% between 2014 and 2024. The lowest-earning 10% made less than $74,880 annually, while the highest-earning 10% made more than $187,200.

Computer and information systems managers are often called information technology — aka IT — managers; this one is a position that blends technical knowledge with business acumen.

These professionals help determine the information technology aims for an organization, as well as the strategy to keep its computer systems working and protected.

There is a strong demand for this work, because of the demands placed on our computer networks by cyberattacks as well as an increasing shift by businesses toward operating digitally. The projected growth between 2014 and 2024 is 15%. The lowest-paid 10% of IT managers earned less than $80,160. The highest-paid 10% made more than $187,200 in median annual income.