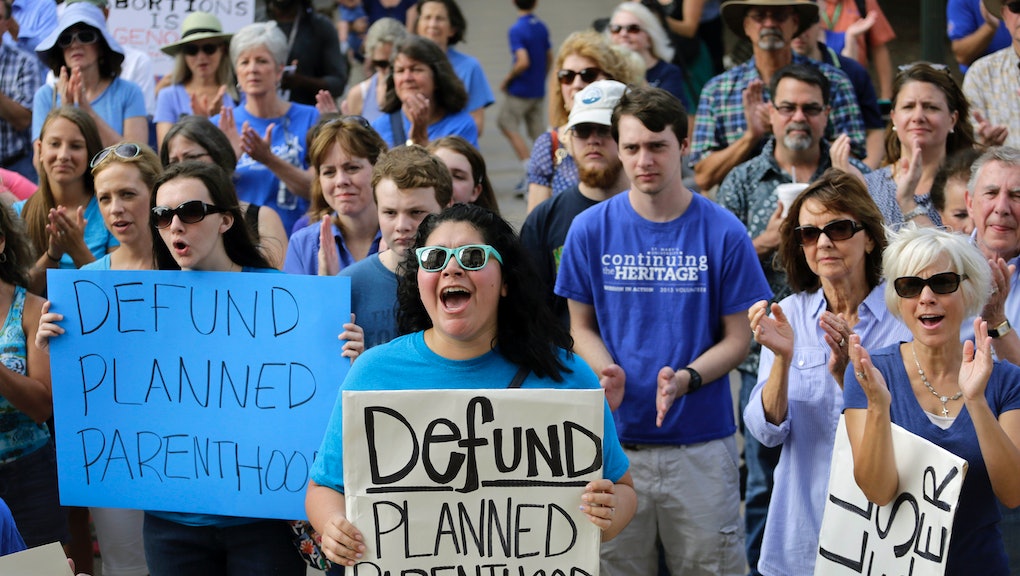 Low-income people — women, in particular — will be most impacted if the Republicans are successful in their renewed effort to defund Planned Parenthood, an organization focussed primarily on women's reproductive health.

Seventy-five percent of Planned Parenthood patients have "incomes at or below 150% of the federal poverty level," the organization declared in its 2016 fact sheet.

The level Planned Parenthood is referring to is the federal poverty line for individuals, or an annual salary of $11,880, Mic confirmed with the organization — 150% of which is $17,820.

Planned Parenthood would lose out on the roughly half a billion dollars it receives from the government annually, tantamount to almost half of their funding.

And the potential impact defunding would have on the economically vulnerable was not overlooked by Vermont Sen. Bernie Sanders.

In a series of six tweets Monday morning, the former Democratic presidential hopeful cited the aforementioned statistic. "Planned Parenthood mostly helps low-income people," he wrote. "Four out of five of those who benefit are at or below 150% of the poverty line."

Birth control — which Planned Parenthood helps people access — in and of itself has remained one of the most seminal developments for female economic empowerment.

Defunding the organization could profoundly inhibit its reach and the concomitant socioeconomic benefits.

"Two and a half million women, men and young people come through our doors every year for lifesaving care like cancer screenings, birth control, and STI and STD tests, and they cannot afford to have basic reproductive health care attacked," Cecile Richards, the Planned Parenthood Action Fund president, said in a statement Thursday in response to Ryan's threat.

"Planned Parenthood has been here for 100 years and we're going to be here for 100 more. Women and men in this country won't let politicians like Paul Ryan and Mike Pence take us back decades," she added.