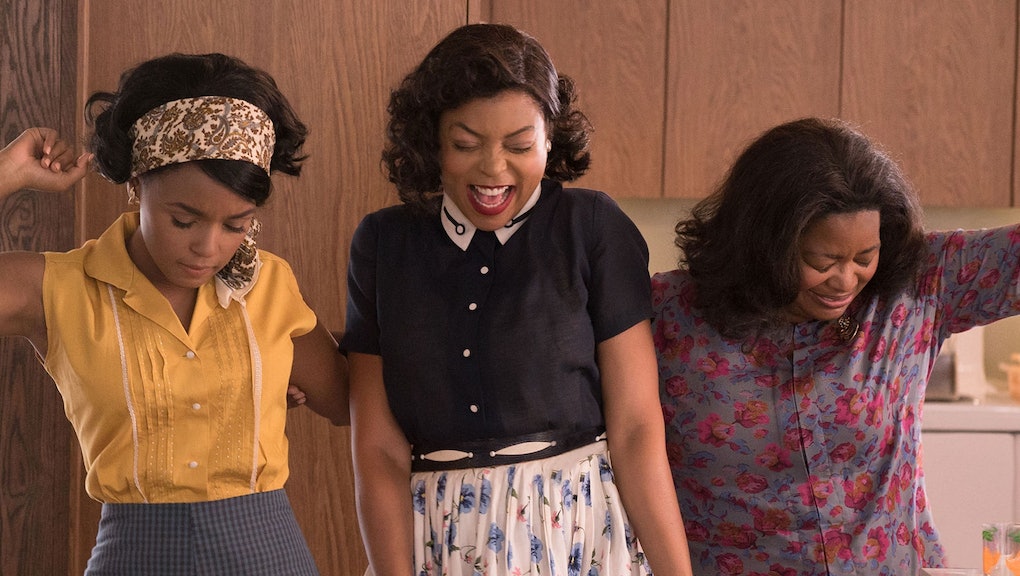 'Hidden Figures' beats 'Star Wars' at the box office. Here's why that matters.

It was a close race that looked deadlocked Sunday, but Monday morning brought good news for Hidden Figures: The film won the box office this weekend and is officially the no. 1 movie in the country. The story of the under-appreciated black women mathematicians who helped get the United States' first men into space beat the absolute titan of space movies: Star Wars.

Rogue One: A Star Wars Story came in second after final adjustments, while Hidden Figures ruled the roost with $22.8 million. Combined with the movie's A+ Cinemascore, an audience-ranking system used to measure response during opening weekend, it's very clear Hidden Figures is going to be a huge hit over time.

But it's this first victory that perhaps matters most. This is the win that will make Hidden Figures a success not just at the box office, but also with the Oscars. And most of all, as star Taraji P. Henson noted on Instagram, it again proves movies about women and people of color make money.

"I have been told my entire career, 'Black women can't open films domestically or internationally,'" Henson wrote. "Well, anything is possible. Most importantly, this proves that people like good material."

Costar Janelle Monáe shared similar sentiments on Instagram. "The Force was with us," she said, nodding at the movie they beat and the disparity between their David and its Goliath. "This weekend, we only had 2,471 theaters, while Rogue One had 4,157 locations."

It's no secret to anyone at this point that Hollywood has a major diversity problem. As Hidden Figures demonstrates, movies about women and people of color make money, but this fact is too often dismissed. Wins like these serve as powerful testaments to exactly how wrong the conventional wisdom has become. "Black women can't open films domestically or internationally" is the exact kind of nonsense that falls apart in the face of cold, hard numbers.

What's going to keep Hidden Figures on top at the box office, however, is increased buzz — and that's exactly what a win like this does. In promos airing all week, Hidden Figures can now boast about being the country's no. 1 movie. Folks who stayed home for fear of trudging out in the cold or snow this weekend will feel an extra incentive to get caught up on what everyone else is seeing. Those who have already seen it will post excitedly on social media, inspiring more attention.

Most importantly, as Oscar voters sit down with their ballots, Hidden Figures is right up there with La La Land as the most-talked-about, awards-friendly titles currently in theaters. Not every best picture nominee is a financial hit, but it doesn't hurt to have that promotion — it keeps Hidden Figures top of mind. Winning best picture still seems outlandish, but a nomination seems like a sure thing.

This is the rare box-office win to get excited about. It's not another reboot or sequel, nor an extension of an existing franchise. It's a story about great black women underserved by history. Hidden Figures deserves every dollar it will make — and it's going to make a ton of them.