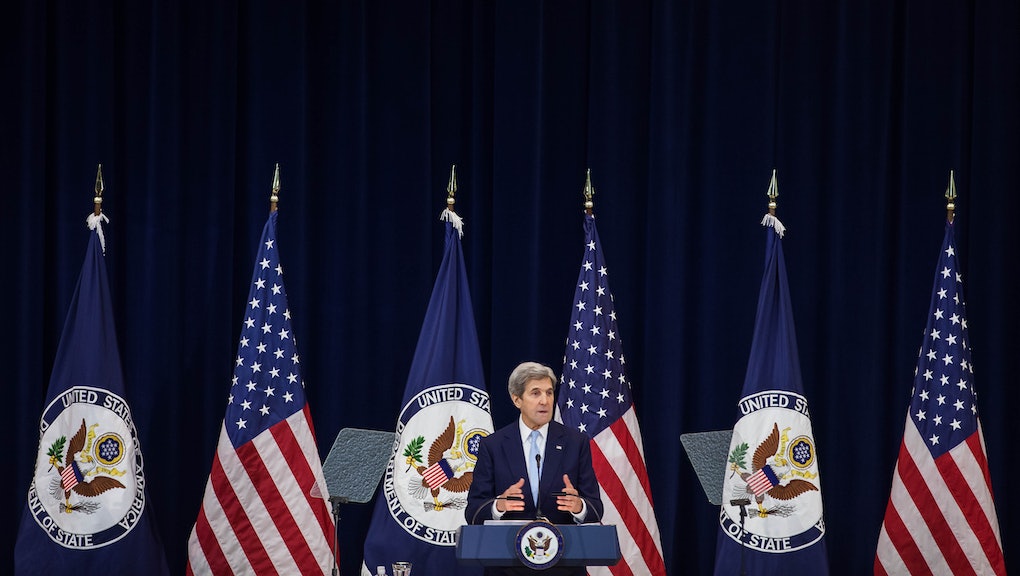 Secretary of State John Kerry issued a powerful statement on Monday with a formal apology addressed to the United States' LGBTQ communities for the country's history of anti-gay discrimination.

"On behalf of the Department, I apologize to those who were impacted by the practices of the past and reaffirm the department's steadfast commitment to diversity and inclusion for all our employees, including members of the LGBTI community," the statement read.

"In the past – as far back as the 1940s, but continuing for decades – the Department of State was among many public and private employers that discriminated against employees and job applicants on the basis of perceived sexual orientation, forcing some employees to resign or refusing to hire certain applicants in the first place. These actions were wrong then, just as they would be wrong today."

The formal apology is in the wake of a request from Sen. Ben Cardin (D-Md.), who requested that Kerry, on Nov. 29, apologize for the "un-American and unacceptable" discrimination against gays and lesbians during the Lavender Scare. The Lavender Scare was a mass political persecution of gays and lesbians during Sen. Joseph McCarthy's anti-communism purge, also known as the "Red Scare," in the mid-20th century.

"There is little we can do to undo the hurts and wrongs of the past," Cardin's letter read, according to the Washington Blade. "But we can take steps to assure that the lessons of these episodes are learned and remembered, and in so doing make a contribution to assuring that such injustice will never transpire again."

In the letter, Cardin noted that from the 1950s and into the 1960s, approximately 1,000 people were removed from their positions at the State Department "for alleged homosexuality."