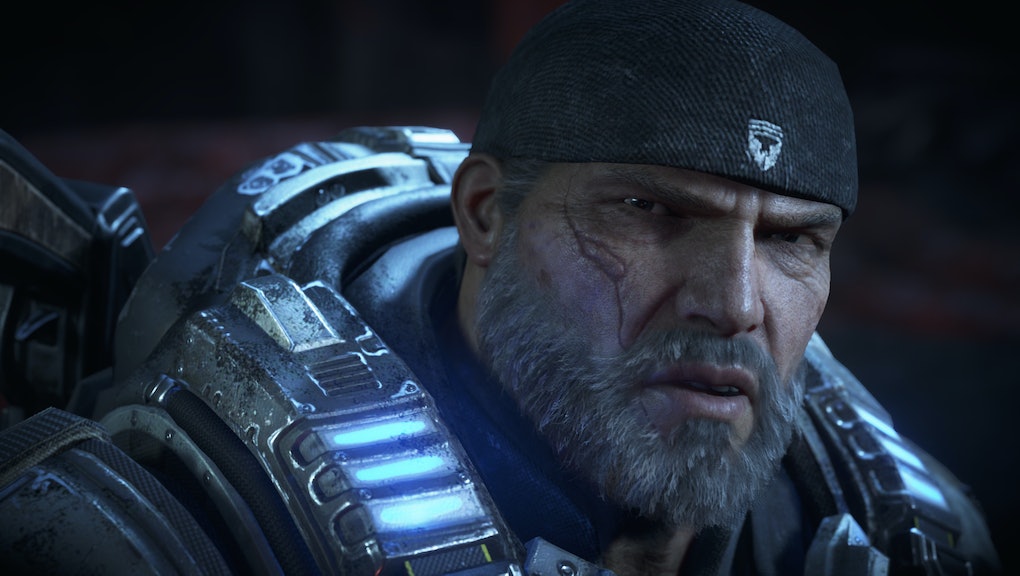 At 9 a.m. Pacific time, a brand-new update will make its way to the Xbox One exclusive, Gears of War 4. In a forum post, Gears of War developer The Coalition detailed exactly what was going to be in the patch, called "Title Update 3."

Title Update 3 will add two maps from previous Gears games, Blood Drive and Clocktower. In a follow-up blog post posted Tuesday morning, The Coalition released two videos showing what the updated versions of these maps look like in Gears of War 4.

Additionally, the update will roll out 280 new cards, including 13 new character cards and lots of new weapon skins. For a more detailed look at some of those new cards, check out the full blog post.

Title Update 3 is also ushering a number of improvements and bug fixes. The most important of these is a new set of rules that should discourage players from giving up and leaving multiplayer matches early.

"As of this update, players who quit a Core or Competitive Match will now be suspended from all matchmaking of any kind for a limited time to discourage drop out behavior – with the biggest time punishments going to the first player to quit the match," The Coalition says. "In addition, the more you quit, the longer the suspension you will receive from playing matchmaking."

The good news is that this system allows players to rejoin a match for up to five minutes, in case the reason they left was due to a run-of-the-mill internet hiccup rather than a rage quit.

Here are all the patch notes detailed in the blog post, though there are surely more that will be revealed once the full patch hits:

For more video game news, check out the rest of what Mic has to offer. Here's a collection of Valentine's Day-themed voice lines uncovered in the latest Overwatch update, a possible leaked lineup of Nintendo Switch launch games, a Pokémon Sun and Moon team builder guide and a guide to hacking your NES Classic.