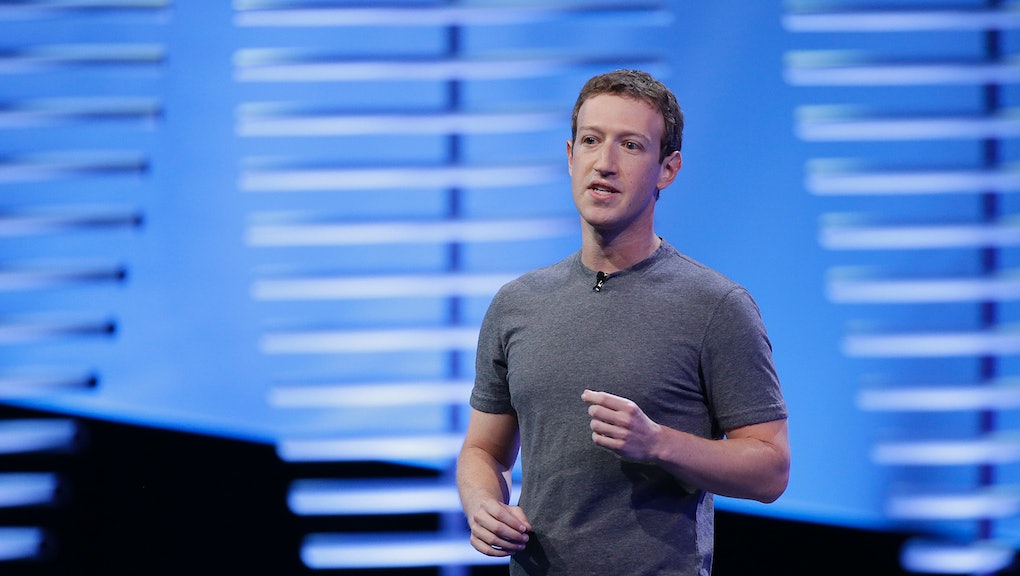 Facebook has blamed a lack of qualified talent for its failed diversity efforts. Turns out, it was a lack of diversity among hiring managers.

The individuals making the final hiring decisions for engineering candidates were about 20 to 30 leaders in the department, a group of predominantly white or Asian men, according to a report from Bloomberg. The report indicated that "during the final stage for engineering hires, the decision-makers were risk-averse, often declining the minority candidates."

Candidates were evaluated based on the college they attended, if they had worked at a leading tech company or if they were endorsed by current Facebook employees, former recruiters told Bloomberg.

"Facebook recruits from hundreds of schools and employers from all over the world, and most people hired at Facebook do not come through referrals from anyone at the company," a Facebook spokesperson told Mic in an email. "Once people begin interviewing at Facebook, we seek to ensure that our hiring teams are diverse. Our interviewers and those making hiring decisions go through our managing bias course and we remain acutely focused on improving our ability to hire people with different backgrounds and perspectives."

The issue isn't a lack of available talent

This finding directly contradicts a statement Facebook's head of diversity Maxine Williams made in July, in which she blamed the pipeline for the company's scant progress in hiring more women or people of color.

"Appropriate representation in technology or any other industry will depend upon more people having the opportunity to gain necessary skills through the public education system," Williams said in a statement, according to the Wall Street Journal.

Facebook has launched initiatives to boost its meager progress in diversifying the company, to little avail. It was discovered in August that Facebook awards more points to recruiters who bring in a minority hire. These points can influence performance reviews and bonuses.

A Facebook spokesperson also said in a phone call that the company does not blame the pipeline for diversity issues.

The issue is bias in hiring practices

But this wasn't a failure in recruitment, it was a failure in hiring practices. Based on the Bloomberg report, the issue, at least in the engineering department, wasn't getting people from underrepresented groups in the door, it was ensuring they were assessed in the final stages without bias.

When Mic spoke with dozens of workers across the tech industry last year, individuals pointed to a homogenous brogrammer environment, racial bias in the recruiting process, the pipeline myth and the "cultural fit" as problems in the industry that maintain predominantly white male workforces.

"When you're constantly asking for a cultural fit, what you're really doing is saying, 'We don't want diversity, we want some level of uniformity,'" Shireen Mitchell, the founder of Digital Sisters and Stop Online Violence Against Women, told Mic in October. "Almost every person of color who's applied to any of these companies has heard the words, 'You are not the right cultural fit for our organization.' The next phrase that's commonly said is, 'You are the affirmative action hire.' You don't have the skills; you're just here for the image of diversity."