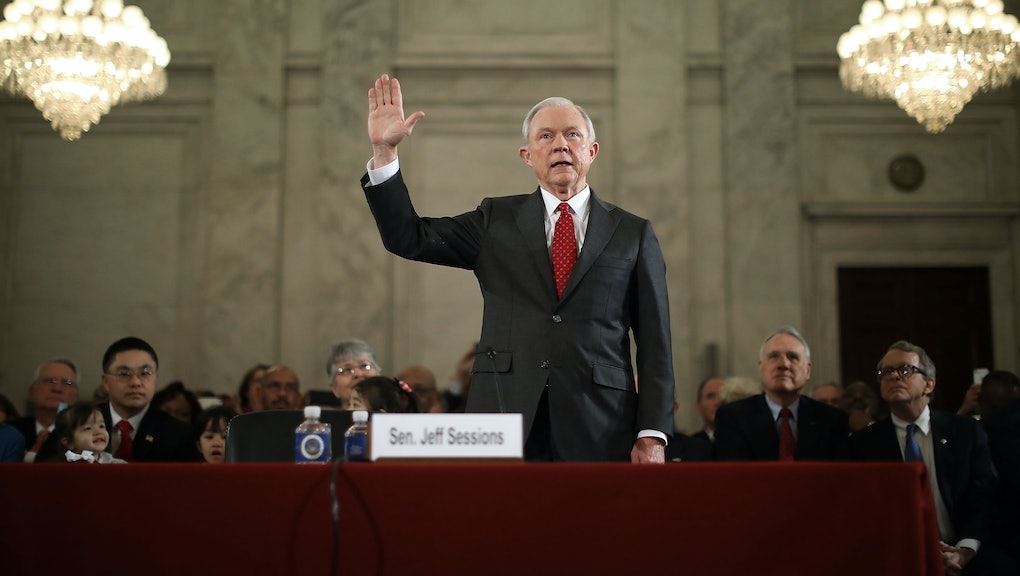 Jeff Sessions says he's been branded a racist "caricature." But his racism is hardly cartoonish.

One thing that's clear as Sen. Jeff Sessions' confirmation hearing drones on is that the nominee for U.S. attorney general dilikes being called a racist.

"I did not harbor the kind of animosities and race-based discrimination ideas that I was accused of," Sessions told the congressional hearing committee Tuesday, citing his failed 1986 bid to become a federal judge, which was mired in accusations of racism. "This caricature of me in 1986 was not correct."

Sen. Orrin Hatch (R-Utah), speaking in support of Sessions at Tuesday's hearing, also decried past attempts to paint the Alabama senator as a "racist caricature."

The use of the term "caricature" is funny here. It suggests that Sessions' alleged history of racism — the details of which are neither particularly outlandish nor uncommon — could only describe some cartoon-like monster, not a normal human being living and working in Alabama.

But viewing racism as only the purview of rotten souls is to misunderstand it. Racism is, like humans themselves, complex. Racists aren't monsters. They can have black friends yet still support racist policies targeting black people. They can vote for black politicians, yet still view black people on the street with suspicion.

Nor is racism always consistent. Sessions' nomination for a federal judgeship was rejected about 30 years ago after witnesses testified that he had called the NAACP "un-American" and "Communist-inspired"; accused a white civil rights attorney of being a race traitor; and referred to his black former deputy as "boy" on repeated occasions. More recently, the senator supported President-elect Donald Trump's proposed restrictions on Muslims immigrating to the U.S. — a position he distanced himself from during Tuesday's hearing.

But Sessions was also photographed holding hands with civil rights organizer and U.S. Rep. John Lewis in 2015, when several politicians marched on Selma, Alabama, to commemorate the famed voting rights protest that took place there in 1965. Black political figures like Condoleezza Rice have also endorsed his nomination for attorney general.

All of these facts can coexist. In the same way that Sessions' alleged racism doesn't make him a monster, his marching on Selma doesn't absolve him of racism, either. The sooner Americans come to terms with these nuances, the sooner they can address the issue honestly.