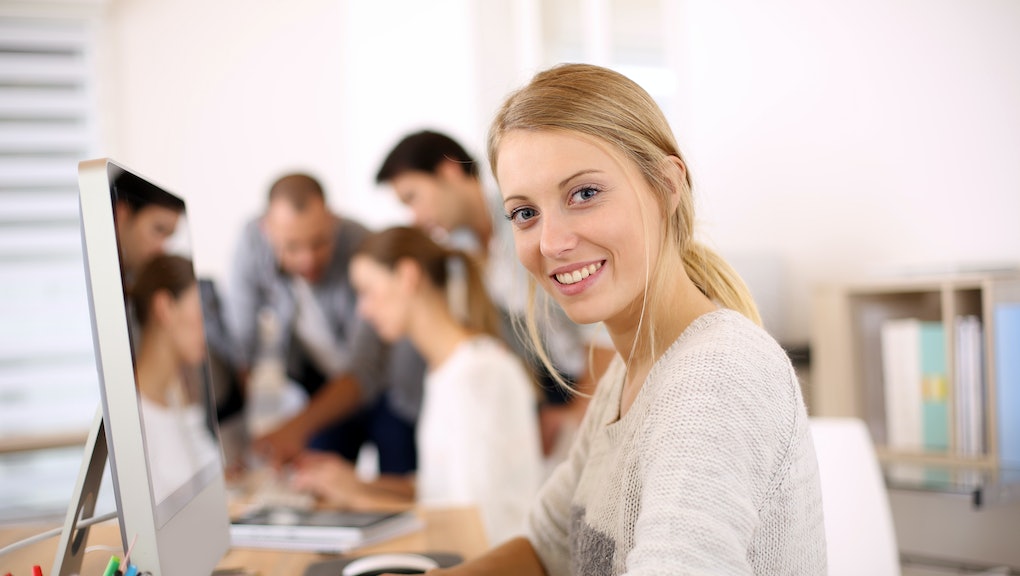 5 arguments you deserve a raise — that your boss can't ignore

Staring down your supervisor and saying, "Hey, so, I think it's time I got a pay bump above my starting salary," is no one's idea of a fun afternoon.

But people who ask for raises are paid more. Wah-wah. Surprise.

Millennials are the most likely to put off asking for a raise, according to PayScale.

Thirty percent of young people claim it makes them "uncomfortable," and 18% defer the discussion for fear it will make them look "pushy." And young women have an even harder time: 35% say they are uncomfortable by salary negotiations, compared with 26% of men.

Alas, getting a raise is a fine art of timing (apparently November is a good time to try), luck (maybe your supervisor got bawled out by a spouse that morning — or is glowing after saving money on car insurance) and persuasion (that's you! and often the only thing over which you have total control).

You'll need to prepare your case before you ask for a raise: Here's how, plus tips on sealing the deal from company leaders interviewed by Under30CEO.

If you can honestly use all of these? No boss could say no.

1. You have been an achiever, not merely a doer

Building on resume crafting 101 and ace cover letter writing, which you used to land this job, your proposal for a raise should highlight the ways that you have been an achiever for your organization — as opposed to merely a doer.

A doer is someone who focuses on tasks, while achievers focus on results.

It's the difference between "I wrote business plans" and "I secured new business with plans I wrote" — or "I managed people" versus "The team I managed launched a new product that had high metrics of success XYZ."

"I look for the individual who is delivering results but also doing more than what is asked to drive value," Bobby Grajewski, former CEO of health care innovation marketplace Edison National Medical, told Under30CEO. "That could be thinking outside of the box, building teams or answering problems our company is facing."

Employers are ever more interested in evidenced-based metrics, and there are ever more ways to provide them. Keep a tally of cases filed, website traffic driven, customers handled, money saved, funds raised and business won.

Beyond the results of your work, you'll want to be able to highlight your affable, reliable nature.

Find ways to demonstrate that you have been the embodiment of an easy-to-work-with "no job too big, no job too small" colleague and employee.

Didn't buckle under the weight of three co-workers works sliding down to you when they all took ill-planned vacation the same week? Terrific.

Point that out in a positive way, by showing how you enhanced and improved the workload you were given.

You didn't bitch and moan when you were given documents to review/forms to collate/dictation to transcribe/some other drudgery that you were loath to do? Great. Highlight the value added that you contributed to that project.

"Any employee who takes initiative to make the company better or more efficient needs to be rewarded," Andrew Howlett, CEO of Rain, a digital media company, told Under30CEO. "I have an employee who works hard to improve the company in several respects, and I've given him three raises this year when he did not expect any."

3. Your collegial corridor behavior is impeccable

Now, it's not going to floor anyone if your top reasons for a raise are that you're nice, prompt and prepared. Those are usually assumed in a workplace.

But the lack of those qualities and behaviors could keep you from a raise.

"By taking ownership or seeing something that needs to be fixed, doing something about it and owning the results, employees show they're transcending their job and thinking about what it takes to grow the company," said Charlie Gilkey, speaker and author and head of Productive Flourishing, told Under30CEO. "They know they are accountable to the team, so they make good choices and follow through.

Getting the work done, reliably and on time, you may get outshone by a co-worker who is campaigning for attention. But over time, your steady work will be recognized. So don't get sucked into workplace politics.

"Having employees complete tasks consistently on time and with great accuracy is always a marker for me to give raises," Phil Chen, formerly of Givit, a social media company, told Under30CEO. "Unfortunately, employees who get the job done are often overlooked in lieu of those who are overly political when, in fact, they are what makes the business progress day to day."

The atmosphere, culture and morale at a workplace is critical to employee happiness and also its success. You and your colleagues enhance it — and each other's work lives — by generally being civil.

A quality employer will recognize that as part of your package.

Everyone progressively improves over time, but that doesn't mean you can't stop and take measure right now. Find examples of ways you have already become an asset to the company — and will doubtlessly become more valuable as you learn and grow further.

"If employees have the confidence to ask for the raise and the foresight to explain exactly how they will grow their skills to deserve the increase, I usually give it to them right there," Brennan White, CEO of Cortex, a social media company, told the Under30CEO. "In the most recent example of this happening, the employee asked for a raise far above his title. I laid out a three-month plan for the employee to prove his ability to work at that level; he did it in two."

Many companies have a standardized evaluation system that will put your growth and achievements on the record.

If your company does not, remember to be mindful and keep track of challenges you're blowing through on your own: Otherwise you might quickly forget how hard it was to learn that new program or master that new style or work on that new contract, once you get used to it.

Also, be vocal about contributing not only to your growth, but to the growth of the company.

"In every weekly report, I ask employees for a suggestion to improve their role or the company," David Hassell, CEO of 15Five, a company that provides a digital platform for companies to get and provide feedback from their employees, told Under30CEO. "The great responses have saved money and boosted revenue ... One employee in particular had suggested many improvements with quantifiable results. She embodied our core values by continuously growing and learning in her role and also as a leader."

5. You're a creator and innovator

If you've created something new — a new product, a new protocol, a new system, even, perhaps a new job for yourself — you're on track for a raise.

Supervisors appreciate it when you're going above and beyond.

"I give raises when someone exceeds my expectations, usually when employees take something on that wasn't originally in their scope of work," said Mark Krassner, founder of Knee Walker Central now CEO of Expectful, told Under30CEO. "I've had people ultimately create a position for themselves by making a suggestion, implementing it and taking ownership over it. Suddenly, the value they create for my business has gone up, and I feel it's only fair to increase their compensation."