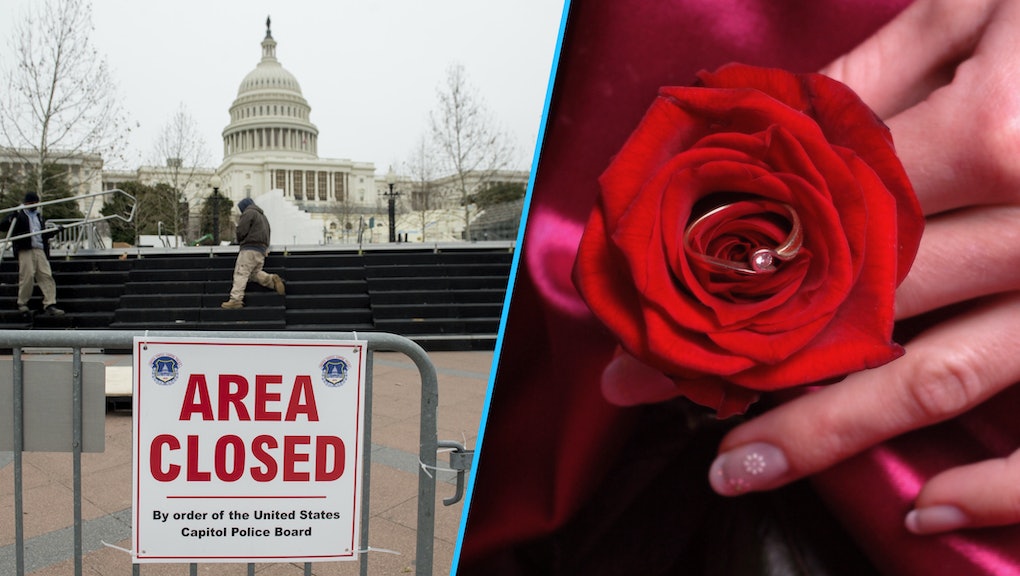 Inauguration Chair: Trump will be surrounded by "soft sensuality" of D.C. at inaugural

Forget the pomp and circumstance.

The peaceful transition of power from President Barack Obama to President-elect Donald Trump will take place amid a "beautiful" atmosphere of the "soft sensuality" of the nation's capital, the chairman of the inaugural festivities said Tuesday.

Tom Barrack, who's overseeing the Jan. 20 ceremonies, told reporters at Trump Tower that he's not worried about a dearth of star power on the big day.

"We're fortunate in that we have the greatest celebrity in the world, which is the president-elect, side by side [with] the current president," Barrack said, per a pool report.

So what we've done instead of trying to surround him with what people consider A-listers is we are going to surround him with the soft sensuality of the place. It's a much more poetic cadence than having a circus-like celebration that's a coronation. That's the way this president-elect wanted it. I think it will be contributive. It will be beautiful. The cadence of it is going to be 'let me get back to work.'

His unusual turn of phrase set the Twitter machine humming:

It wasn't long before the online world warmly embraced a new hashtag: #SoftSensuality.

Barrack also said Obama, Trump and their wives will have coffee or tea before riding to the Capitol together — potentially through a satiny haze of smoke created by the flickering fires of the burning flags held by enraged protesters.

Asked if Trump and his predecessors would have time to kibitz during the inauguration, Barrack responded, "They're all sitting across from each other. The timing and sequence is all very tight. But they'll be within shouting distance of each other."