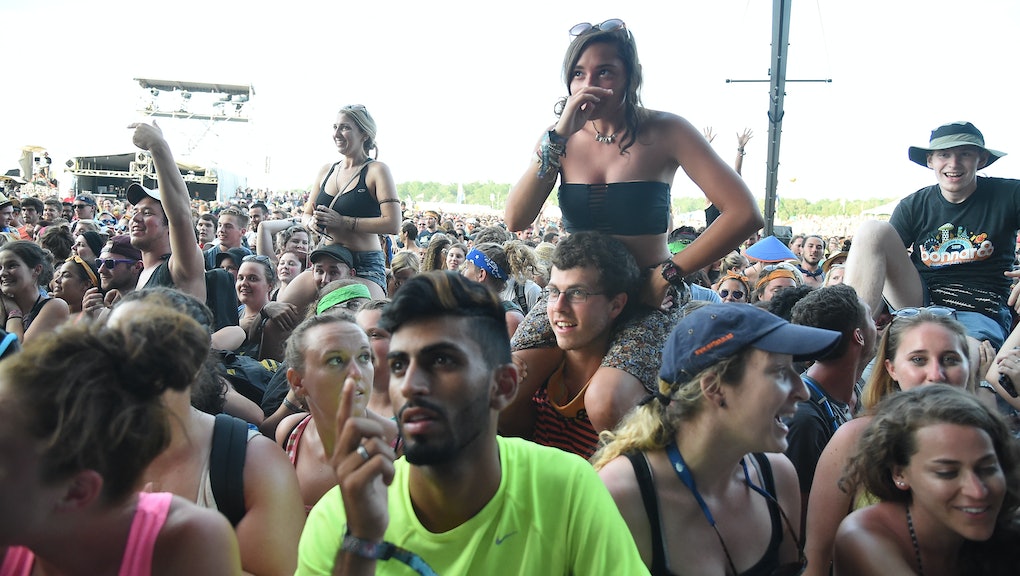 Bonnaroo, Tennessee's premiere music festival and weekend-long creative psychedelic oasis, has released its lineup for its 2017 festival. U2, Red Hot Chili Peppers and the Weeknd are set to headline, following Bonnaroo's longstanding tradition of splitting its festival's focus between classic rock legends and young talent. Chance the Rapper also appears on the festival poster's top line, but he isn't technically headlining, according to a festival press release.

Lorde, the xx, Major Lazer, Travis Scott, Flume, Cage the Elephant, Car Seat Headrest, D.R.A.M. Tegan & Sara and Crystal Castles are set to round out the lineup for the festival, which takes place over the weekend of June 8 through June 11.

Bonnaroo has some pretty stellar summer festival lineups to compete with this year, which might make it a little more difficult for organizers to fill up the farm. Coachella has locked down Beyoncé for its headlining spot, Governors Ball will have Tool playing their first New York City show in over a decade and Panorama has the elusive Frank Ocean playing a rare set for his first major performance since the release of Blonde.

But Bonnaroo still has a few things the others do not, including a cheaper price tag. Tickets hover around $299 (vs. Coachella's $399). They're currently on sale on Bonnaroo's website and have been since the festival announced their lineup at 8 a.m. Eastern.

Refresh yourself on the tenets of the Bonnaroovian code and start counting down the days until the festival gates open in June.