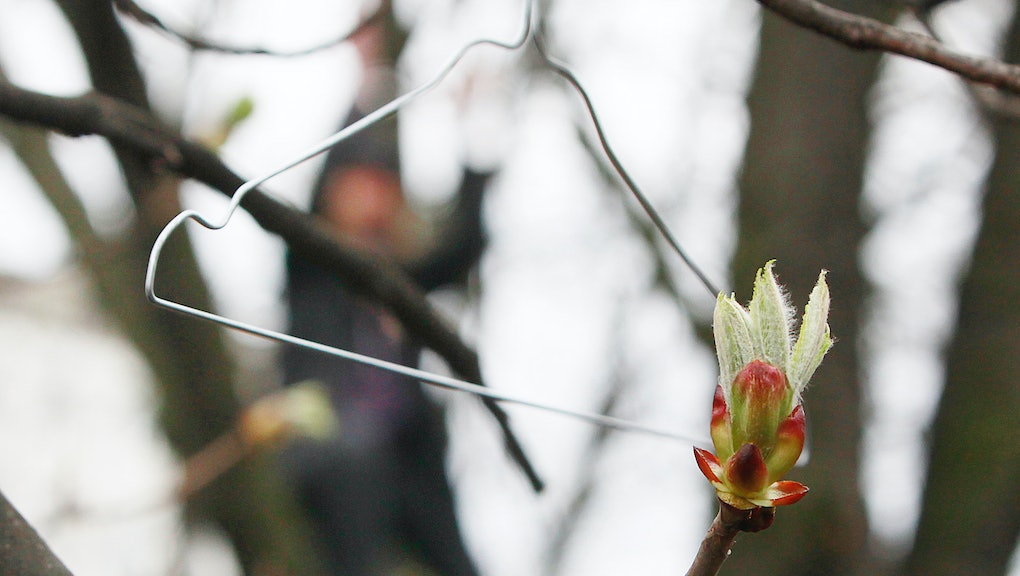 Jailed for a year, woman who tried to self-induce abortion pleads guilty to felony charge

A Tennessee woman jailed for trying to self-induce an abortion with a coat hanger pled guilty to a felony charge Monday in exchange for her release.

Anna Yocca had been sitting behind bars since December 2015, according to a press release from the National Advocates for Pregnant Women.

"After more than a year in jail, in order to win immediate release Ms. Yocca pleaded guilty to attempted procurement of a miscarriage," said Lynn Paltrow, executive director of NAPW, "despite the fact that it is unconstitutional and a violation of international human rights principles to use this vague statute to punish women and new mothers for their pregnancies and the outcomes of those pregnancies."

In September 2015, Yocca, a resident of Rutherford County, Tennessee, attempted to end her 24-week pregnancy in her bathtub. When she began rapidly losing blood, the now-32-year-old was taken to the hospital and underwent a cesarean section. The child's birth weight was 1.5 pounds, according to Raw Story, and while it survived, it will have lasting health problems due to injuries sustained during the self-induced abortion attempt.

Originally charged with attempted first-degree murder, Yocca saw the charge reduced to aggravated assault. In October, Yocca's attorney, Gerald Melton, argued the charge was a misapplication of Tennessee's fetal assault law, which was intended to prevent women from drinking and using drugs during pregnancy. On Nov. 12, a grand jury added a trio of felonies to Yocca's docket: aggravated assault with a weapon, attempted procurement of a miscarriage and attempted criminal abortion.

Tennessee, with its restrictive abortion laws, doesn't make it easy to obtain an abortion. It imposes a 48-hour waiting period between receiving counseling and returning for the procedure, which adds a layer of substantial difficulty and extra cost for women seeking to terminate their pregnancies. The state is home to seven abortion clinics, but in 2014 passed Amendment 1, a ballot measure effectively negating the procedure's legality, Raw Story reported. The amendment read:

"Nothing in this Constitution secures or protects a right to abortion or requires the funding of an abortion. The people retain the right through their elected state representatives and state senators to enact, amend or repeal statutes regarding abortion, including, but not limited to, circumstances of pregnancy resulting from rape or incest or when necessary to save the life of the mother."

Critics of Yocca's imprisonment expressed concern about the precedent the case sets for punishing women who get abortions — especially as the nation prepares to inaugurate a president who, during his campaign, mused that perhaps there should be "some form of punishment" for a woman who opts not to carry a pregnancy to term.

President-elect Donald Trump has also raised the possibility of overturning Roe v. Wade, the landmark 1973 Supreme Court decision that legalized abortion up to viability, or roughly 24 weeks. Reproductive rights advocates fear the return to an era when abortion was illegal will mean the resurgence of self-induced abortions — women using sharp objects, like Yocca's coat hanger, or chemicals to end unwanted pregnancies.

"This plea deal should not be understood as validation of arresting and punishing pregnant women who have or try to have abortions," Paltrow said, "but rather a frightening example of how the criminal law system can be used to bully and punish pregnant women and mothers — with or without a conviction or valid law."