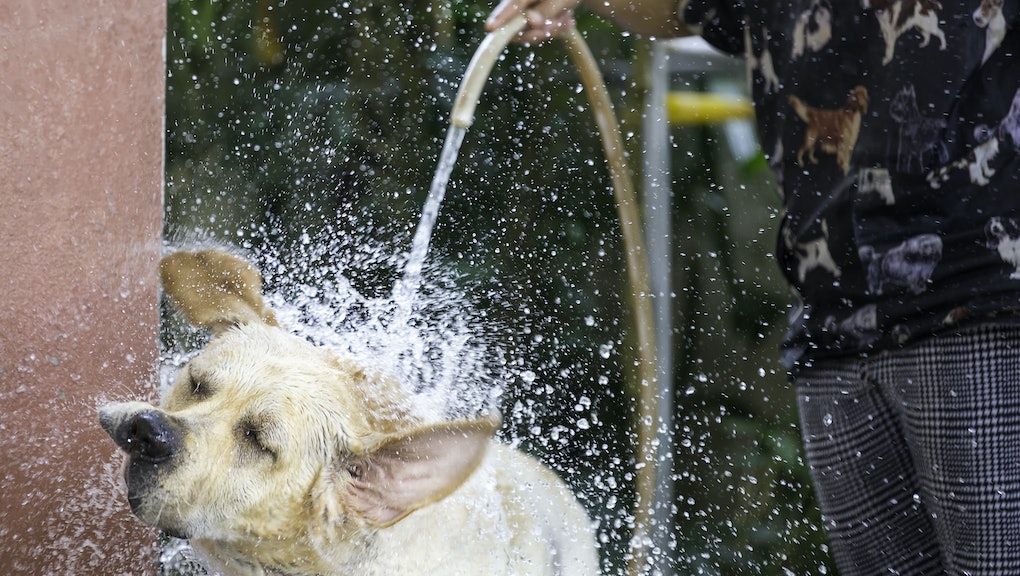 What is a golden shower? Here’s what to know about the term, act and more

Yes, this is gross. But it involves the president-elect. So, please, read on.

One of the most explosive and embarrassing allegations against Donald Trump following reports by CNN and BuzzFeed is the charge that the president-elect watched a "'golden showers' (urination) show" at a fancy hotel in Russia. Unverified documents posted by BuzzFeed said Trump paid sex workers to urinate on a bed that President Barack Obama and first lady Michelle Obama had previously slept in at a Moscow hotel.

The allegation is unconfirmed and one of many unflattering details in a 35-page document — "prepared for political opponents of Trump by a person who is understood to be a former British intelligence agent" — posted by BuzzFeed. The story followed another by CNN stating that top U.S. intelligence officials had told Trump the Russians have personal information which compromises the president-elect.

"Golder shower" is slang for a kind of sex act involving urine, where one or more sexual partners pee on one person or, if there is enough bladder room to go around, several people. This "urine play" is well-known, with an anonymous confessional published in Cosmopolitan and an explainer on AskMen about people who engaged in the practice.

Similar to concerns around other sexually-transmitted diseases, urinating on someone can transmit disease, like hepatitis and herpes.

The incident with Trump allegedly occurred in 2013, at the presidential suite of an upscale Moscow hotel. The Obamas had stayed in the room on an official government visit, the document contends. The incident was allegedly recorded by Russian intelligence officials, who are said to have cameras and audio devices throughout the hotel.

Rumors about potential blackmail information Russians held over Trump has circulated for months. In late October, Mother Jones published a column referring to the documents posted Tuesday evening by BuzzFeed and cited by CNN.

A note of caution: The hashtag #goldengate really took off on Twitter, but it's still not entirely clear what Trump engaged in was actually a "golden shower." These terms can be quite fluid, but golden shower has, in every context we're familiar with, referred to the specific act of getting peed on. One could be also be said to be participating in a golden shower if they were doing the peeing, of course.

But simply watching some people pee on a bed? That would seem to be a form of what could be called piss voyeurism — a cross-over sub-genre of two different fetishes. That, though, isn't the end of this: If the sex workers purportedly hired by Trump were on the bed and peeing on each other while Trump watched, that could indeed be considered a "'golden showers' (urination) show."

This supposed British spook, however, can probably be pardoned for being confused about what's what. We'll all just have to wait for the video to come out to see exactly what went down in that Moscow hotel room.