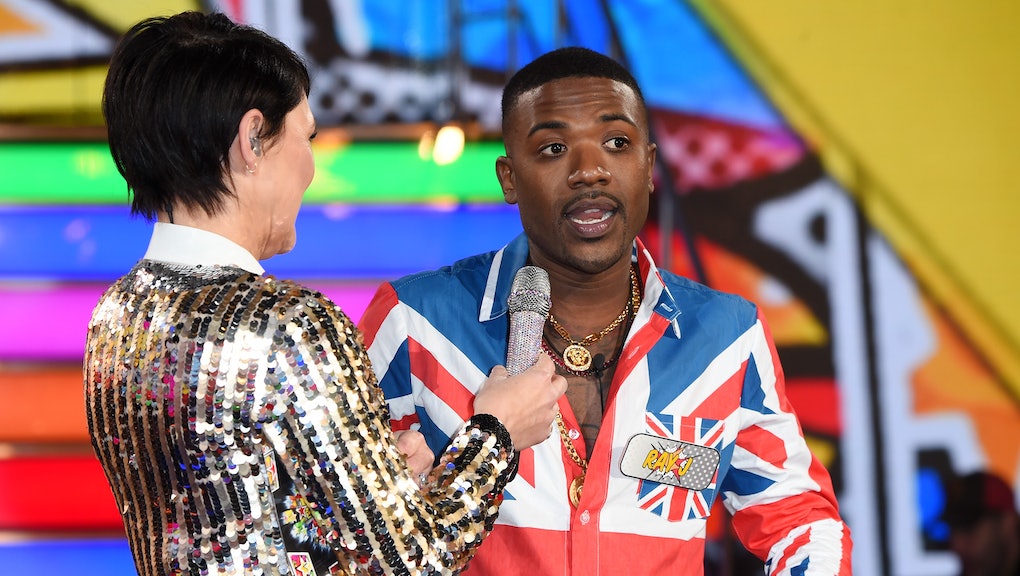 Only days after a new season of Celebrity Big Brother kicked off, there is already controversy surrounding contestant Ray J.

The show told fans on Tuesday that the singer had left the house. Meanwhile, Ray J told TMZ that he's been blocked from re-entering the house after going to the hospital Tuesday because of a painful toothache.

Ray J says he wants to go back on the show but says producers won't not let him. He is also accusing the show's producers of letting complaints about his tooth pain go unheard.

"I got a cracked tooth, where I need a filling fixed," Ray J told TMZ. "I got a gum coming over my other tooth and I'm in a lot of pain. So three and a half days in the house with all of this pain, they decided to take me out. The wind hit my tooth and I blacked out."

Before Ray J passed out, a dentist came to the set and gave him painkillers. But the pain continued the following day, prompting the hospital visit.

When asked if he would take legal action against Celebrity Big Brother he says he will if he has to.

"If I have to take those precautions I will," the singer revealed. You can watch his interview on TMZ here. The singer also retweeted some of his fans' reactions to his departure.

Ray J would much rather go back on the show and continue connecting with his British fan base than to sue.

"I don't even care about my tooth. Put me back in the house and let me work."

Fans who voted for Ray J were given directions Wednesday on how to obtain a refund if they had voted for the singer, but no further explanation was given by the show about why he was not coming back on set.